Two books that have had a great influence on my productivity over the last six months have been The 12 Week Year and Deep Work.

END_OF_DOCUMENT_TOKEN_TO_BE_REPLACED 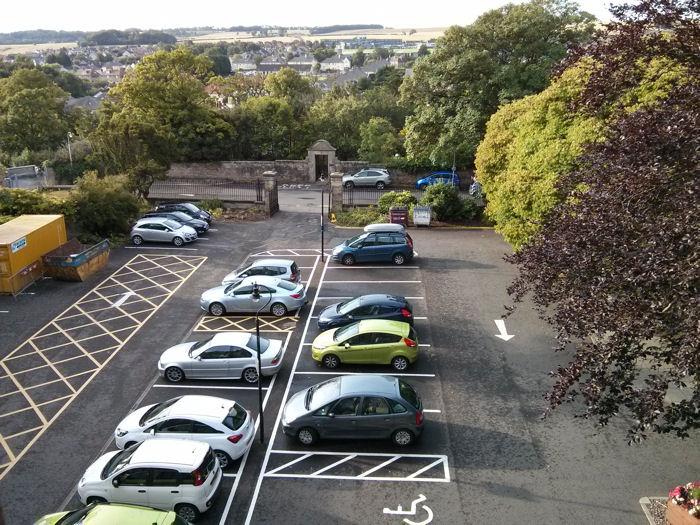 The early bird (or in my case: bloke) catches the parking space at the Bute Building in St Andrews.

This was the view out of our office window at 08:19 this morning.

My car’s the one with the roof box. Or ‘car attic’ as we like to call it.

Today marked the end of my second week back to work post-virus. Last week I worked three mornings, this week five—although I stayed until 16:30 yesterday to help move my things to our new office in the former Bute medical building. It’s been a very positive week, although I am now really rather tired.

Since May we’ve been asking to be co-located with the three members of the digital communications team with whom we’ve been working closely to change how we manage and develop digital and web assets at St Andrews, such as the University website.

Today we moved into a recently refurbished and spacious office on the third floor of the Bute.

A few months back I promised that I would write more honest blog posts this year. Last month I blogged elsewhere about mental health in web development. How about a blog post today that combines the two, in a spirit of transparency?

This morning I made a same-day appointment to see my GP as I’d had a sore mouth for a couple of weeks and it didn’t seem to be getting any better. I expected him to take a quick look, make a diagnosis, and send me packing with either a prescription or a handful of advice. Instead he signed me off for a week. (And gave me a prescription.)

I’ve only just read what he wrote: “stress related illness”. That about sums it up.

What has brought me here is a combination of

It all came to a focus this morning in that doctor’s surgery. And I cried.

I resisted his suggestion of time off, of course. I tried to negotiate a week’s grace to see if I needed to be signed off next week instead, as I didn’t want to let the team down. And when I say ‘team’ I am now, of course, referring to one person (!?)

I do feel bad about it. I have colleagues who have said during the last few months, “I don’t know how you keep going?” Today I acknowledged that I can’t just keep going. It also highlights very much, I hope, that our current way of working within the University web team just isn’t sustainable.

Something had to give and thankfully it was my physical health first rather than my mental health. But as the GP said it would only be a matter of time if I didn’t stop now. Without exactly saying “a stitch in time saves nine”, my GP responded by saying something along the lines of “a week off in time saves nine”.

In the end, after a thorough examination, bloods eventually coaxed from my veins, and the promise of some ‘tasty’ liquorice-flavoured medicine, I relented and agreed to a week.

Believe me, the irony is not lost on me: weeks of trying to unsuccessfully negotiate time off at work and when the GP offers it immediately and for (please choose) one or two weeks, I hesitate.

So… doctors orders are to rest. I took him at his word, returned home, made a couple of calls, had a spot of lunch and then slept until 3:00pm.

Here’s to a few days of healing. 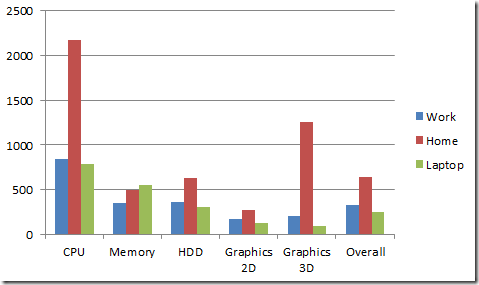