A couple of weeks ago I took out a 30 days trial of Netflix. It’s been great fun watching TV shows, stand-up comedy and films on my PC, on my phone, and streamed to our television. I stumbled on a seven-part TV series called Derek, written by and starring Ricky Gervais.

I remember when I first watched The Office. I actually had no idea it was a comedy at the start. It felt so awkward and uncomfortable until I cottoned-on that this was a comedy. So I was perhaps more than a little apprehensive when I began watching Derek.

Ricky Gervais plays Derek Noakes, a 49 year old care worker at Broad Hill old folks’ home. Derek has been described by some as high-functioning autistic, by another as ‘learning disabled’, or ‘of low mental acuity with impaired language skills’. Gervais himself seemingly maintains that Derek is definitely not mentally disabled. He is, however, extraordinarily kind.

Gervais said, apparently, that the show was inspired by family members who work in care homes and with children with learning difficulties.

There is so much that could have gone wrong, so many potential opportunities to be cruel. And yet I found it one of the most profound and moving programmes I’ve watched for a long time. It moved me to tears more than once. The final episode especially, and Kev’s monologue in particular where he talks about his regrets. It’s an astonishing piece of drama, tremendous writing, and beautifully acted.

It is funny, it is sad, it is awkward, it’s rude, it’s vulnerable, it’s touching: it’s filled with the reality of every day life. I’m looking forward to series two.

What do you mean you don’t know what an ident is? Are you like one of these people who has friends and goes out, and stuff?

Anyway, come back after you’ve read up all about station idents on Wikipedia… That was interesting wasn’t it. They sure mentioned ‘FCC’ a lot, didn’t they.

My colleague @stepreo (not his real name, obviously) showed me this Christmas ident created by Treat Studios for E4. It’s called ‘Reindeer’ and has to be one of the most amazing 6 seconds of animation in the history of ever. 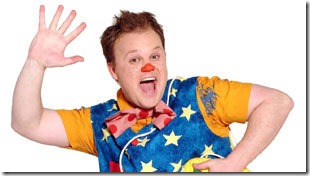 When you ask people what might be the downside of having children they might say sleep depravation or a diminished social life.

But it’s not! It’s waking up in the morning with children’s TV theme tunes going around your head.

I woke up this morning with the Something Special theme tune from CBeebies in my head. I stumbled, bleary-eyed to the bathroom at 05:30 while in my head I found myself cheerily singing “Hello, hello, how are you? Hello, hello, it’s good to see you you….” Arrrrggghhhh!

They don’t tell you about that in the books. 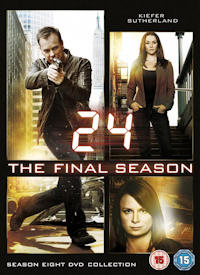