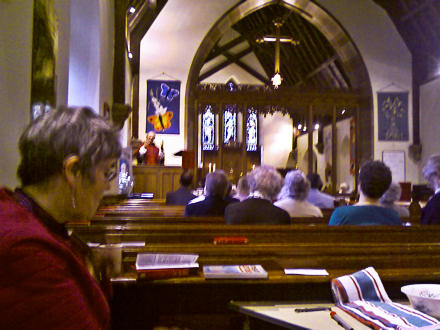 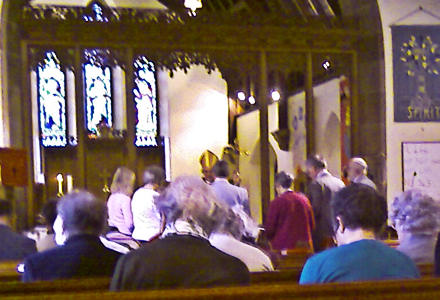 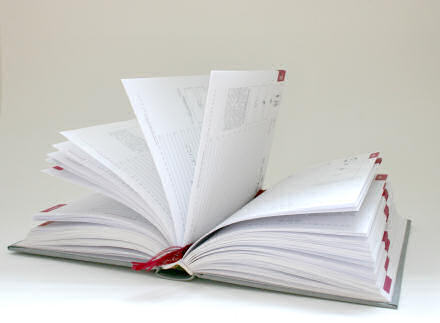 It’s been a long day today. It felt like I was never going to get home once I eventually got on the road. Those familiar ten miles seemed to stretch on forever. How did it take me about 30 minutes to drive home?!

The day’s first obstacle was getting into work before nine am. We have quite a relaxed setup in our office and find people wandering in any time up to about 11am! So long as you put in the hours and get the job done.

On average I seem to arrive around 9:11. I know, that is pretty exact. But that’s what time I clock when I get into the office. It probably means that I should leave the house eleven minutes later than I normally do, but I’m usually not out until about 17:30 every day anyway, so they’re getting their money’s worth.

But today I had a training course (09:00 – 15:00) which was hindered only in the minor detail that it was on a product that I have no involvement or (to all intents and purposes) understanding whatsoever: e:Vision or SITS:Vision.

The training session was on how to create Vistas (views on the data). Which is really useful if you understand what data is there, and why you’d want to create a view on it. Which I didn’t, so understandably felt at somewhat of a disadvantage.

I was there to understand the system enough to know how to customize its look and feel; it uses simple HTML 4 and CSS. They covered that in about five minutes.

At the end of our six hours training session.

And then finished off by saying that if we wanted to customize the whole look and feel of the product, essentially ‘re-skin’ the whole shebang — which we do — then we’d best go on a training course. But not this one.

Ah … oh well. Still it was a pleasant day in an overly warm room with some nice colleagues and university-made sandwiches. Tuna and olives anyone?

Add to that the fact that our enterprise content management system, the mighty TerminalFOUR SiteManager, was being upgraded from version 5.3.0017 to version 6.0.0014 and you might understand why my colleague and I were a little distracted.

Looking on the bright side, I did get Firefox Portable 2.0.0.14 installed on my personal network space as well as the usual array of essential add-ons (Firebug, Web Developer, Twitterfox, Tab Mix Plus, Google Toolbar, etc.).

This evening I had intended to spend being efficient and productive. I actually spent it mostly replying to emails.

The weird thing is that in the last week or so I’ve been contacted by numerous friends — and not via Facebook!

Tom and Rory both live in New Zealand, in Christchurch and Auckland respectively, and are both coming back to the UK this year for 12 months. Margaret Jane is now an English teacher in my old school in Selkirk!

Today I phoned an old school friend Kevin, who lives in Glasgow. Remarkably the mobile phone number he’d given me years ago still works. Had a lovely catch up. I do miss his friendship. We used to spend hours sitting on his bedroom floor — his bedroom was on a balcony above the sitting room! — listening to metal (Flotsam & Jetsam, Megadeth, Metallica, Iron Maiden) and it was he who introduced me to Senser, Portishead and a bunch of other cool sounds.

And now to bed … tomorrow’s going to be another crazily busy day. I’ve got some website code that I need to explode and deposit in our content management system. And a sermon to write by Sunday morning.

The title of this post comes from a sketch on The Million Pound Radio Show, which you can download here in MP3 format: Pirate Training Day (2.3 MB). 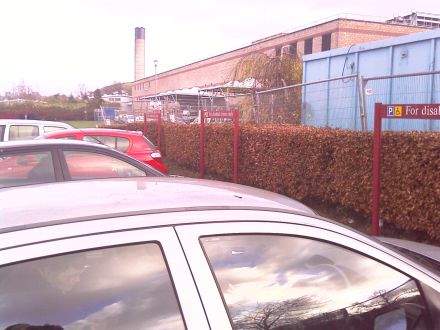 View of the car parked at the Borders General Hospital; Mum has a blue badge so we could park legitimately in the disabled spaces.

On Friday evening I drove down to Selkirk to see Mum; the first time I’d been down for months.

Here’s what we did:

It certainly wasn’t an uneventful visit, but I did get to spend some extra time with Jenni, which was lovely. I do love my Mum and my sister.

While sitting at A&E it occurred to me that the department might be better called Accident and/or Emergency, because Accident and Emergency implies that both conditions need to be met before a patient will be treated.

You see, the government spend far too much money reorganizing the NHS in ridiculous ways every couple of years, without thinking it through. This method would allow some kind of basic triage to be determined before the patient walks through the doors. You’d have three departments: 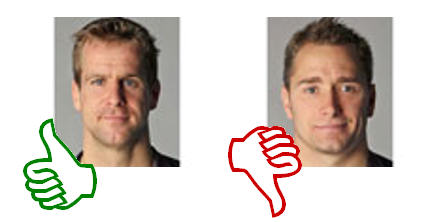 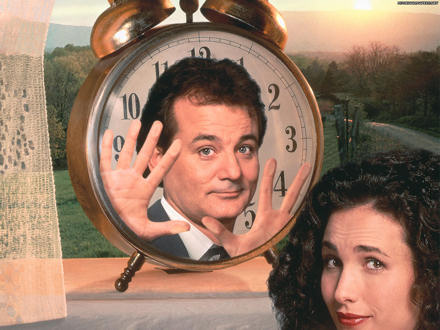 I think I’m stuck in Groundhog Week! Looking back, this is how every week has felt since about March:

I don’t mind saying that I’m now feeling quite exhausted. I’m writing this at 16:25 on Sunday afternoon, but it feels like midnight.

That said, I’ve not regretted a single moment of the last six months or so. I’m just so glad that Jane and I have had the time, money and energy to help Mum out the way that we’ve been able to. I know that Mum’s said that we’ve been a real blessing to her, but she has to us too and this experience has only helped to make us better, stronger people and strengthened our relationships.

With Mum settled in her new flat, and the various loose ends being tied up (plumbing problems being fixed, shelves put up, financial transactions completing) we thought that we could take this weekend off and have a long-anticipated rest.

How wrong we could be. No sooner have we got my Mum moved, but Jane’s folks have now decided to move. So yesterday we cleared out the garage. 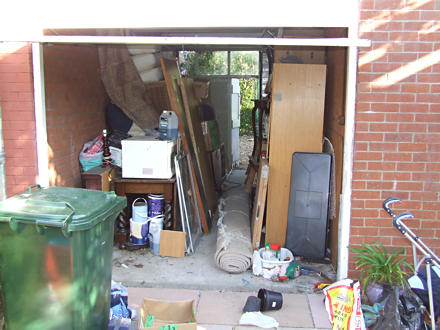 Take one full garage, ready for some good old fashioned clearing out, and get to work … 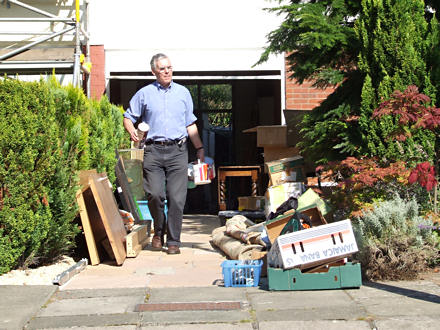 Remove items from it, one by one, and carry them to a nearby skip … 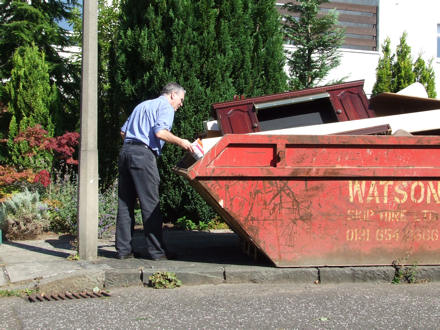 Drop items into nearby skip, and repeat until garage is clear. 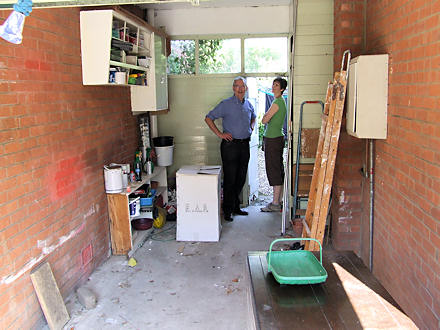 That’s better! Jane and Peter investigate a previously unknown, secret door at the back of the garage.