For much of the last two weeks I’ve focussed on two things:

WordPress… we have a problem

One unforeseen snag has been to do with the media (images, PDFs, zip files, etc.) on this blog.

I’ve been using WordPress since version 0.7 in 2003. During that time I’ve been uploading image after image, and as WordPress changed the way that it stored images I’ve experimented with different ways of organising it—even simply uploading the images to my server via FTP. I must have tried about four or five different arrangements.

For the most part, though, I’ve been uploading files directly into /wp-content. Occasionally I’d switch on the “organise my uploads into month- and year-based folders” option.

In short the organisation of media on this blog has been a mess, and I’ve always shied away from addressing it because… well, it worked.

When I came to consider migrating this blog from Heart Internet to SiteGround I did think about the media: would it be a problem if I simply transferred everything over as is and sort it out there.

I was a fairly tight schedule (it had to be completed by 20 January so that my Heart Internet hosting account wasn’t renewed) and I reckoned that since it worked fine at Heart Internet then it should work at SiteGround.

cPanel and the mystery of the 1,998 files

SiteGround uses cPanel. As Wikipedia explains, “cPanel is a Linux-based web hosting control panel that provides a graphical interface and automation tools designed to simplify the process of hosting a web site.”

cPanel uses Pure-FTPd, a free (BSD licence) FTP server which by default shows up to 2,000 files in each folder. I found that out after the event tucked away in the cPanel documentation.

I had 3,688 files plus 10 directories in my /wp-content folder and I couldn’t figure out why it would only display 1,998 files and the previously  visible directories, such as /plugins and /themes had disappeared.

I am manually working my way through the media library. Uploading files into the appropriate /wp-content/uploads/<year>/<month> directories and updating the database to tell WordPress where the files are.

For those files that were uploaded before there was such a good media library I’m using the Add From Server plugin to quickly import media into the WordPress uploads manager.

This is going to take a while, so please bear with me.

I’m finding it strangely satisfying getting this sorted out. A bit of website gardening. 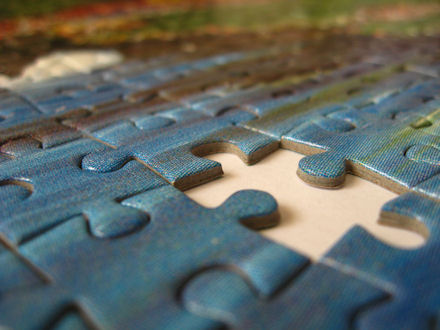 I’m in the process of moving Web servers on my main website and blog: www.garethjmsaunders.co.uk, from a really old hosting account at Webfusion to a new shiny one with Heart Internet.

I’ll write more about why I’m moving at a later date, in the meantime simply know that there may be a little disruption to the website and blog (as well as to my email) over the next 24-48 hours while nameservers and DNS settings are updated.

I’ve been meaning to upgrade my hosting account for months, which is actually one of the reasons why I’ve not been blogging quite as much as I’d have liked. “I’ll write about that after I’ve moved servers,” I’ve thought and then postponed the move because something else got in the way. In the end, last week I decided to just do it!

I’ll see you on the other side.