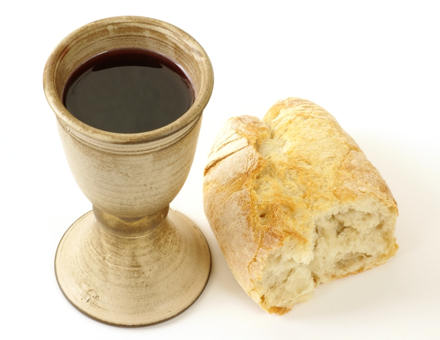 One of the smaller Web projects that I’ve been working on over the last few months is a new website for my parents-in-law, Peter and Dorothy Neilson: Sacred space at Linne Bheag.

It’s built using Weebly, which is a really simple to use content management system.

Weebly is wonderfully easy to use, even easier to use than WordPress, can you believe it?!

Once we got the site structure sorted it took only a few hours to set up and populate with content. It’s well recommended if you’ve got a small site to create and populate.

You can create blog/news sections, it automatically includes an RSS feed so that people can subscribe to your latest news, and it will even manage your DNS so that you can tie your domain name to it, otherwise you’ll have http://username.weebly.com.

Anyway, the site is now live, and my mother-in-law Dorothy (whose 0x3Cth birthday it was on Sunday — Happy Birthday!!) is enjoying making site updates.

They offer all sorts of events, services and stuff, such as:

either out-and-about in sunny Scotland or from the comfort of their beautiful new home in Anstruther, Fife.

Ordinarily today would be St Patrick’s Day, it being the seventeenth of March. However, as this is now Holy Week which kind of trumps all other lesser festivals, it isn’t.

The Roman Catholic Church moved his feast to Saturday 15 March this year, the Scottish Episcopal Church have moved celebration of his life and witness to the earliest opportunity following Holy Week and Easter Week, which is (I’m not kidding) Tuesday 1 April.

According to the Irish Independent newspaper:

In strict accordance with the rules, this year’s St Patrick’s Day should have been moved to the next available day in the Church calendar, Tuesday, April 1.

However, senior clerics were anxious to keep the date as close as possible to the international civic celebrations, which are often planned many years in advance.

After much deliberation, Rome gave Irish authorities the green light to shift the official religious celebrations two days back to March 15, which falls on a Saturday.

In the Scottish Episcopal Church calendar all festivals (also called “feast days”) are categorised with a number from 1 to 6, with 1 being highest.

Sundays in Advent are category 1, as is Christmas Day, The Epiphany, Sundays in Lent, every day in Holy Week, Easter Day and Pentecost.

Christmas Eve is a category 2, so are the Annunciation and Trinity Sunday. There don’t appear to be many category 2 festivals.

Most ordinary Sundays (i.e. those that are not major festivals) are given a category 3, and major saints a category 4, such as the Apostles, Mary the Mother of Jesus, Mary Magdalene, and certain national saints (such as St Patrick).

Category 5 is reserved for the likes of Corpus Christi, the Birth of Mary, Mother of the Lord, Holy Cross Day and All Souls Day.

The rest of the saintly masses (lesser saints and commemorations) are bundled into category 6.

So according to the notes to the “Guide to the use of the Calendar and Lectionary during 2007-08”:

Patrick, Bishop (17 March) and Joseph of Nazareth (19 March) falling in Holy Week are transferred respectively to the Tuesday and Wednesday after the Second Sunday of Easter (1 April and 2 April).

But why not transfer these festivals to the Monday and Tuesday? Because the Annunciation of the Lord (a category 2 feast) already falls on that day! 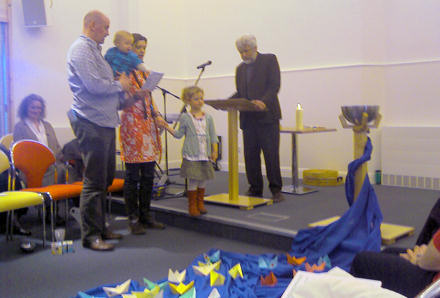 Today Jane and I were in Edinburgh for the baptism of our nephew Aidan.

En route we managed to buy me a really nice dinner suit (for only £95) from Slater Menswear on George Street in preparation for the National Youth Choir of Great Britain‘s 25th anniversary concert at Birmingham Symphony Hall next month.

We also popped into John Lewis to get a couple of presents. Which is where I spotted this mug and teapot. 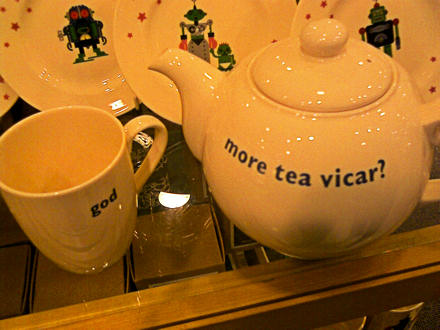 That’s like the best tea party you could ever hope for!

On our way home we popped in to see my brother Eddie in South Queensferry … where we had our tea. More tea vicar?

A lovely, relaxed day with family and friends.

Tomorrow, I’m preaching once again at St Mary’s, Newport-on-Tay so having had a full and busy week I’m sitting at my PC on Saturday morning/afternoon pouring over the gospel reading (John 4: 5-42) searching for inspiration.

I already have a sermon that I’ve preached on this Sunday in the lectionary (Year A, Lent 3) but I’m keen to write something else, something new. Despite feeling quite exhausted, dizzy and in need of a long and welcome sleep.