After 871 days (that is 2 years, 4 months and 20 days) as warden at Agnes Blackadder Hall, University of St Andrews, I’ve hung up my gown and moved on.

I loved being warden, living and working amongst around 540 students and supporting a team of six assistant wardens. But it wasn’t great for my health, to be honest. It turns out you sometimes need sleep and time for yourself. And for many weeks I got little of either.

So I have moved back down the Fife coast to the East Neuk and am living in a wee two-bedroom mid-terrace house in Crail.

This is my third house move in as many years.

I’m much closer to my children now, and it’s an area that I used to cycle around over the years so I’m looking forward to getting out on my (newly serviced) bike over the next few months and gently improving my fitness.

The boys like my wee house and have been over to stay for a few weeks, and a few overnights during the week too.

I needed to buy a dining table and benches and a couple of chests of drawers (at Ikea, of course) plus a bunch of storage boxes for linen and shoes. But two weeks in and I have fully unpacked now and organised almost everything the way that I’d like it.

Here is to relaxing for a bit, regaining my fitness, losing the 2 inches or more than I put on my waist over the last 871 days, and figuring out where life will take me next. It’s exciting…

Here’s a video I found online from the developers. My house is featured about 17 seconds in. 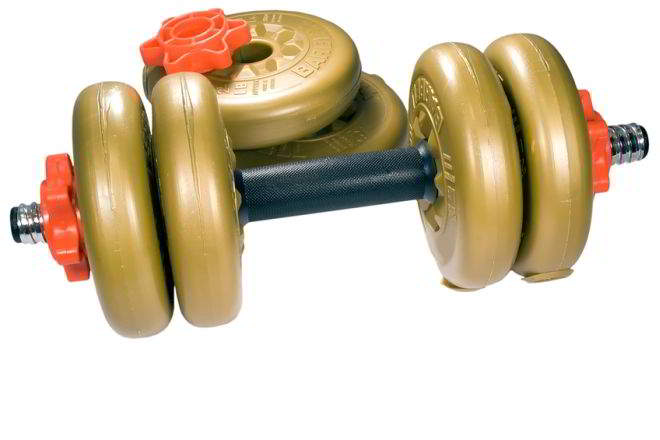 Between 2006–2007 I lost six inches (15 cm) off my waist, through a combination of changing what I ate, lifting weights, and regular cycling. My motivation was to get fit in anticipation of our IVF treatment working and us having children; we now have three.

Fast forward seven years and sadly I’ve put it all back on again. A combination of being on the parent-of-twins’ sleep deprivation programme, two back injuries (from lifting babies and pushing buggies), two neck injuries (what happens when twins jump onto your head from behind), and last year’s episode of meningitis.

Back in September my GP told me not to push myself: meningitis takes it out of you. He predicted that my stamina might return in January or February of this year. Now we’re approaching the end of February I feel it’s time to start working myself a little harder. The fact that it’s Lent — traditionally a time of increased discipline — should also help.

My plan is that I’m going to start gently and gradually build up my level of fitness. My immediate ground rules are:

I have to admit to feeling a little nervous. I know that I’ve done this before, but back then I was younger and I didn’t so easily experience the back and neck pain that I can now. I’ve never really been good at pacing myself, it’s time for a crash course (I guess, without actually crashing).

I’ll report back with my progress.

A couple of weeks ago I was re-reading Leo Babauta’s excellent book Focus: A simplicity manifesto in the Age of Distraction in which he encourages people to slow down, reduce the number of things you are doing and focus on just one.

That was something I needed to hear again.

My mind had been spinning for weeks with the number of small projects that I was running at the same time; some web projects, some writing projects. I’d reached a point of stalemate, a mental impasse, where I couldn’t decide which one I should prioritise, which I should work on next. They all excited me. I wanted to do them all. And in the end I was doing none of them.

So I took Leo’s advice to heart and began to simplify and reduce, and in my deliberations I realised the one thing that I really needed to focus on to the exclusion of everything else: get fit. My health had to be my number one priority.

And then Reuben and Joshua arrived, and a few years later Isaac joined them, and I’ve pretty much not slept for the best part of three and a half years (averaging probably around 3-5 hours of broken sleep a night for most of that time). And my weight gradually crept up again as I ate at odd hours, or ate high calorie foods just to keep myself awake.

Last summer I made the decision to get fit again. We were having issues with who needed the car (we went down to one car after the boys were born) and so I decided to cycle to work. My office in St Andrews is almost exactly 10 miles from our house in Anstruther.

That was going well until…

In September 2011 I was cutting the grass and taking a break I sat on a travelling rug with a ten-month old Isaac… and I couldn’t get back up. My back had gone. I went to bed and fell asleep only to be woken a couple of hours’ later with the most excruciating muscle spasms I’ve ever had.

I was screaming in pain. It took me 30 minutes to crawl the 18 feet or so from my bedside to the toilet. The second time I tried it I could get only as far as the chair beside my bed.

A doctor from the out-of-hours service arrived seven hours’ later, sometime around 1am. He returned four hours after that to give me a shot of morphine and I finally fell asleep, too doped up to care about the pain. It took another week or so to be given diazepam, which finally helped the muscles to relax, and another four months to see a physiotherapist.

I was off work for about a month, and even when I returned I struggled to walk without pain. It took me until about early May to start feeling better enough to even consider exercising again. I was desperate to get out again.

Back on the bike… twice

Nervously I got back on my bike in early May and rode a short and familiar circuit around a few of the local back roads.

About a week later my back went again. More diazepam, more diclofenac, more 30/500 co-codamol and within a week I was actually feeling better than I had been the previous month. The pains in my legs had gone. I could walk again without feeling that my hips had been replaced with knives.

Last Sunday I went out for a cycle. I made a conscious decision to go easily, to pace myself. Something that I’m not good at, but where has that got me in the past?

I cycled for an hour and covered about 15 miles. It felt good.

So for the next 4-6 weeks I’m going stretch every day (my physio gave me a bunch of back stretches to do twice a day), and start doing some daily stomach crunches to help strengthen my core, and go out cycling twice a week. I’ll see where I go from there.

But this time I’m hopeful. By this time next year I should have cycled my way out of the fat lane.