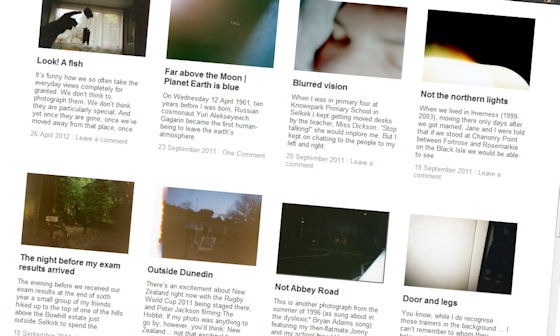 My first camera I got for one of my birthdays while I was at primary school (I think). It was a small Kodak Instamatic 76X that took 126 film cartridges and used disposable flash cubes.

The flash cube snapped into the top of the camera and as you would expect when you pressed the shutter button it also triggered the flash. As you then manually wound the film on to the next picture, by pulling on a lever with your thumb, it also turned the flash cube round to the next bulb.

Once all four bulbs had been used you had to replace the cube. No wonder our planet is in such a mess!

I don’t remember taking many photographs indoors with that camera.

Or outdoors, for that matter.

In fact, I had an unprocessed film from that camera sitting in a box for years until I had it developed. Disappointingly I can’t remember what was on it. Or where the resulting photographs are.

I also can’t remember what make my next camera was (probably another Kodak), but by that time I had advanced to one that took smaller 110 film cartridges and had a built-in, automatic flash that couldn’t be replaced. It also probably ate AA batteries.

I remember taking that one to Greece on a school trip.

Come to think of it, it might have been my Mum’s camera.

From there I graduated to a pair of Fujifilm automatic 35mm cameras. The first I bought in Singapore on the first National Youth Choir of Great Britain world tour in 1992.

The second I bought at the Argos in Victoria, London after my Singaporean bargain was stolen from a Youth Hostel in York, on another NYCGB course.

One of the things I loved most about those cameras was the automatic loading: drop the 35mm film into the back, close the door and press the button. Whirrrrr whirrrrr whirrrr click and it was loaded.

And lots of rubbish photos

It didn’t matter what kind of film you had, however, one thing remained constant and that was whenever you got close to the end of the film you began to get impatient. The camera could have sat around for months, unused, forgotten. But as soon as you used it for something, and noticed that you had only a few frames left you started to get impatient.

And that’s when I would start taking random photographs around the house. I’d kid myself that I was being arty, and experimental and that they would contribute some day to my overall artistic expression, and some day people would marvel at them.

Back in June 2008 I started a new blog: My Rubbish Photos so you — and people like you — could marvel at my artistic expression.

I’ve only just gotten around to updating it again. 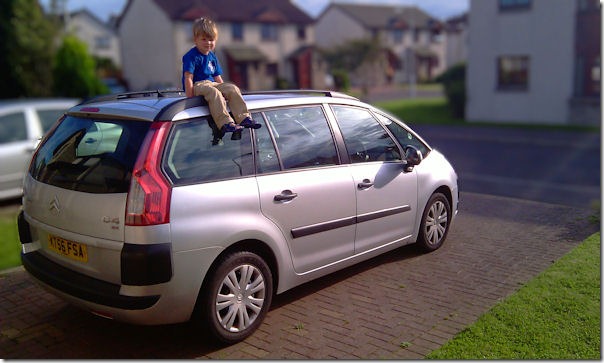 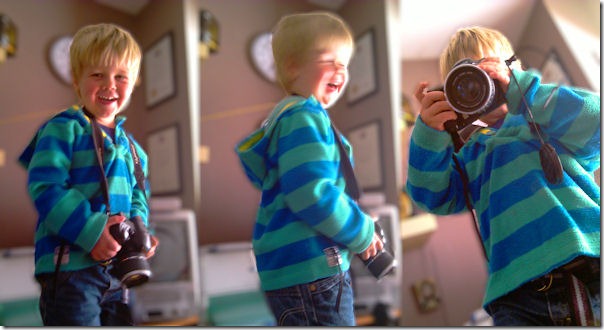 Have you ever downloaded a batch of digital photos off your camera only to discover that you’d accidentally set the clock wrong and the time on every photo was out by 12 hours, or you hadn’t noticed that the camera had reset itself and all your photos were claiming to have been taken in 2007?

Almost all digital cameras record and store various camera settings, scene information, date/time the photo was taken etc as Exchangeable Image File (EXIF) data within the image file.  This information can be really useful when it comes to sorting or viewing your digital photos, providing you keep your camera date/time settings up to date.

EXIF Date Changer by Rellik Software is an application that can easily edit the EXIF data and correct your mistakes, either by adjusting the time by a certain number of days, hours, minutes and seconds or by setting the date to a specific date and time.

The difference between the free and pro versions is that the free supports only JPG and cannot be used for commercial use.

I find that a combination of EXIF Date Changer and Better File Rename safely gets me out of pretty much every situation.

How do you organize the digital photographs on your computer?

Until recently I kept all our photos in folders by event, e.g.

The benefits of such an arrangement was that it was easy to see what each folder contained, and the folders sorted easily into chronological order – you’ll notice the date is year-month-day (yyyymmdd).

But I was finding it impossible to find anything, even with dedicated photo archiving software like Google Picasa (more of which in a moment) and not every photo could be easily assigned an event category.

So this past week I’ve been re-filing all our digital photographs by date, e.g.

Each year has up to 12 sub-folders, one for each month, and the photographs within each are simply filed according to date.

Of course, all our digital photographs get uploaded from the cameras with generic names such as

so I’ve been using Better File Rename for Windows to batch rename the files to the date and time that they were taken, using the format: YYYY-MM-DD HH-MM-SS.JPG

Better File Rename allows me to use the “Picture Taken Date” that’s stored within the images’ EXIF data.

I’m now going through the long process of using Google Picasa to tag the photos so that the photographs also benefit from some metadata attached to them (that is ‘data about data’) about who is in the photographs, where we were (geo-tagging), etc.

Picasa also has some other neat tricks such as facial recognition, so you can tell it who someone is and it then goes through your photograph collection and identifies people that it thinks is the same person. On the whole it is very accurate…unless you have twin boys, it would appear!

I then use the Picasa2Flickr plugin to upload my photos to my Flickr account. You’ll notice that I’ve not uploaded anything in a while. That’s because my digital photographs were in such disarray on my PC.

It occurred to me that if I ever need to reinstall Windows I may lose the metadata and face tag data that I’ve added to photos.  Google Picasa Help answers this under Fix a Problem: Upgrade to Windows 7.

Basically you need to back up:

According to Superuser.com, it seems that the face tag data is stored in the Picasa database and also in the .picasa.ini file in the folder where your tagged photo sits. Performing a backup within Picasa (via Tools > Backup Pictures) will transfer the face tags too.

How do you do it?

So…I’m interested! Tell me, how do you organize your digital photos? And do you use any additional software and why?