Back in the days following the browser wars, there was a new browser that rose from the ashes of Netscape: Mozilla Firefox. I was a massive fan when it first launched. I literally bought the t-shirt. And the umbrella.

But like many, sometime after Firefox 3 or 3.5, I was seduced by the simplicity of Google Chrome and I made the switch.

Recently, however, I have become more aware of and concerned about security and privacy, two things that Mozilla have really been putting in the effort to improve in Firefox over the last few years. I’ve also grown more cynical about Google after they removed their “do no evil” clause from their code of conduct in 2018.

This is obviously an opinionated piece, but Mozilla does provide quite a nice comparison of various features of seven of the most popular browsers currently.

So, this week, after 12 years using Chrome almost exclusively, I made the switch back to Mozilla Firefox. From Firefx v3.5 to v89.

I imported my bookmarks from Google Chrome, logged into Firefox on my Android phone and initiated a synchronised relationship between the two. I have installed my favourite plugins/add-ons and have this gorgeous Quantum Dark theme.

I’m going to give it a go for the next month and see how I get on.

So far, I am really impressed.

I thought I would update this post with any observations that I have during this experiment.

I miss the ability to natively group tabs the way that you can now in Google Chrome. I used that a lot to keep certain collections of tabs together.

I also don’t like the way that Firefox renders Gmail—the internal scrollbars are very intrusive. I spent a little while today trying to restyle them using the Stylish plugin but to no avail.

In terms of speed, rendering pages, and general usability: no problems at all. I actually prefer the tabs in Firefox, and I prefer how it displays when you rip off a tab and move it another monitor.

I am getting used to the inspect source code (developer tools) option not being right at the bottom of the context menu in Firefox, as it is in Chrome.

I miss the JoinTabs plugin in Chrome but I found one with a similar functionality (Merge all windows) which works via the right-click context menu rather than a standalone button on the toolbar.

I just spotted this strange anomaly on my PC at work. Both Google Chrome and Internet Explorer 10 are claiming to be the default web browser.

A quick visit to the “Default Programs” applet in the Control Panel and balance has now been restored.

My main coding text editor is the excellent Sublime Text 2, my favourite theme is called Tomorrow-Night by Chris Kempson, and my go-to browser is Google Chrome.

Being involved in web design I use the Chrome web developer tools all the time for debugging JavaScript, identifying HTML classes and tweaking CSS. It looks like this:

But as you can see from the screenshot above, the default view is rather dull: white background, uninspiring syntax highlighting. It’s a shame that you can’t match the Chrome developer tools code panel with my text editor of choice.

Well, it turns out you can! Chrome provides a “User StyleSheets” directory into what you can drop a Custom.css file.

A number of people have also done the hard work for us and made available ready-to-use CSS files for various themes. These are my two favourite dark themes:

Having saved the code to your Custom.css file and saved it, Chrome updates immediately: 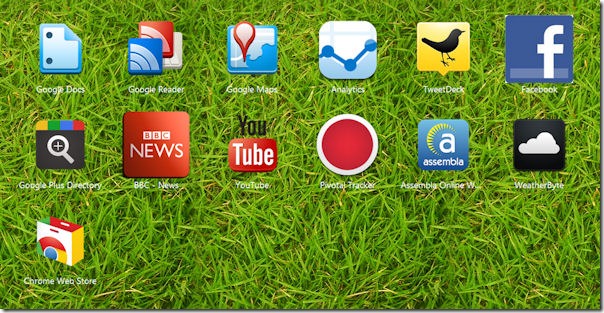 I spotted on Twitter the other day that Opera have updated their web debugging application Dragonfly to version 1.0. Dragonfly is to Opera what Firebug is to Mozilla Firefox.

I’ve always been very impressed with Opera, as far back as Opera 3. I used to use Opera 5 on my Psion 5mx and I still use Opera Mobile on my HTC HD2 (Windows Mobile 6.5).

So to check it out and put it through its paces I’ve decided to use both Opera and Dragonfly exclusively for the next month in place of Google Chrome (browsing) and Firefox/Firebug (debugging).

I’ll report back here, but I’ll also be blogged about it on My Opera blog.

Who wants to join me?