A couple of days ago I searched online for a LEGO style guide. I was certain that I’d read somewhere that the LEGO Group recommends that you refer to their product as LEGO bricks rather than LEGOs.

I found it in their legal notice on copyrights, trademarks and unfair competition. But not before I stumbled upon this document.

This is the back page of the LEGOLAND Florida style guide 2010 which outlines the LEGOLAND brand, logos and identity. 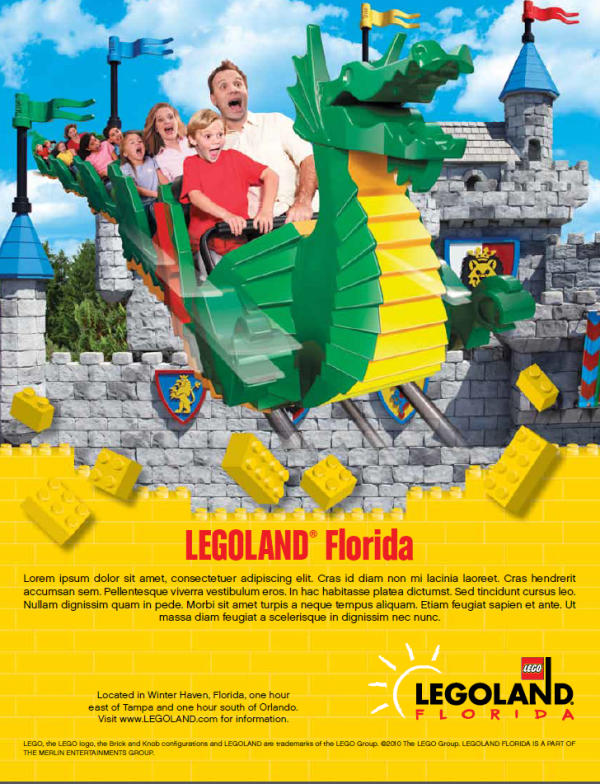 Wait a minute, what’s the last bit of copy on that page? Isn’t it in Latin?

It sure is. It’s a jumbled up piece of Cicero that has been used by publishers since the 1500s as dummy text. It’s called lorem ipsum and is still used designers to demonstrate what the design would look like before the final copy has been completed. And often also missed by designers.

A few years ago I remember reading someone who advised against using lorem ipsum in favour of actual text, even very rough, first draft text. It’s good advice.

The image above is from the 2010 style guide. I also found the 2011 edition which looks exactly the same, which makes me think that it wasn’t an oversight but an example of the style guide in action. It did make me smile though.