Since having children my album buying has decreased quite considerably—who would have thought.

Another factor is my 195 metal CDs project which sees me reviewing a different album every week—CDs that I got for free a few years ago on Freecycle. I did wonder if I was going to need to dip into that opus to make up my top 10 for 2014 but it turns out that I bought—or made,or obtained—more than enough.

Before launching into my top 10 though, I’ve just taken a look at my Last.fm top 15 artists over the last 12 months. This reflects what I’ve actually been listening to over the last year and now that my Android phone can ‘scrobble’ tracks to Last.fm it’s much more accurate than ever before. I just need to get my car hooked up and the circle will be complete.

The chart is quite predictable, although I’m surprised that Iron Maiden are at #2, and I would have expected both Porcupine Tree and Lamb of God to rank higher, but perhaps I’ve played them more in the car than anywhere else.

The notable artist there is Kyrbgrinder who were from my 195 metal CDs project. I knew that I’d played them a lot, but I would never have thought that they’d rank as my 10th most played artist of 2014.

But then take a look at this chart of the top 15 most-played tracks during 2014:

Kyrbgrinder features in seven of those 15 slots, as does Russian Circles (another of my favourite 195 metal CDs this year). 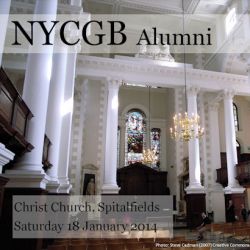 I’m going to start my countdown remarkably with an album that I’m singing on. In January I travelled down to London for the inaugural NYCGB Alumni singing day at Christ Church, Spitalfields.

This was the first time that I’d sung properly since the choir’s 25th anniversary concert in Birmingham in 2008 and it was blissful to be with such dear friends again and to sing such fantastic music, particularly “O Magnum Mysterium” by Lauridsen. I wept when I heard the recording for the first time. (During the performance I was so focussed on sight reading the score that I didn’t appreciate the overall piece. 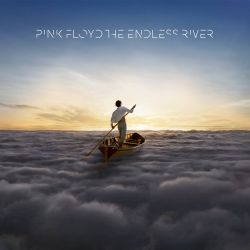 I’ve listened to this album quite a few times and while I do appreciate what David Gilmour and Nick Mason have done, and have done very cleverly, there is a part of me that is still a little disappointed.

I loved The Division Bell (1994) and as many of these tracks came from the same sessions I was hoping for something… more. The lack of vocals though, except on the closing track “Louder than words” is probably what I’m missing. 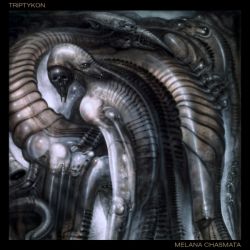 Celtic Frost were one of my favourite bands growing up in the 80s. Triptykon is latest project from Celtic Frost founder Tom G. Warrior. And it’s heavy; very heavy. And very dark.

I’ve probably not given this album enough time, it’s definitely one I need to listen to more in 2015. 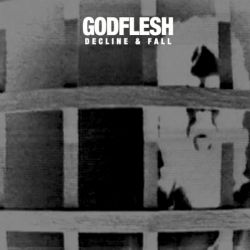 This was the year that I was supposed to see Godflesh live. They are one of my all-time favourite bands and their album Streetcleaner (1989) is one of the best albums to code to.

Guitarist/vocalist/songwriter Justin Broadrick disbanded Godflesh in 2002 to focus on his new shoegazing/ambient outfit Jesu. But he and G.C. Green (bass) are back together and as Godflesh is on my ‘bucket list’ this was the year to see them. They even played Glasgow twice! But marital difficulties and then viral meningitis got in the way… so it will need to be next year.

Decline and Fall (2014) is a return to form for Godflesh, and this EP was designed as taster for the full album A World Lit Only by Fire (2014) released in October. I have still to buy that one. 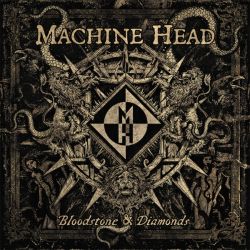 This is a late addition to my MP3 ranks given that I only bought it on Boxing Day. But at #9 in my top artists of 2014 I’ve been listening to a lot of Machine Head this year, and this is a rocking album.

I don’t think it’s as good as Unto the Locust (2011) or The Blackening (2007) but with tracks like “And now we die” and “Night of long knives” there are certainly some cracking tunes on that platter. 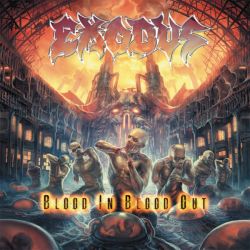 This year Exodus parted company with their vocalist of the last 11 years, which is a shame as I really liked Rob Dukes’ voice—to be honest I think Exodus recorded their best work with him.

This album, with the ‘classic line-up’ vocalist Steve ‘Zetro’ Souza back on the microphone isn’t their greatest, but it’s still pretty darned good.

With guitarist Gary Holt now splitting his time between Exodus and Slayer (following the sad death of founding Slayer member Jeff Hanneman in 2013) it will be interesting to see how that influences the output and activity of both bands. 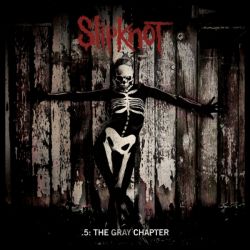 Following the death of founding member, bassist, Paul Gray in 2010 there was some doubt whether Slipknot would ever record and release another album; a doubt that was reinforced again when drummer Joey Jordison was ejected from the band in 2013.

But here it is, dedicated to Paul Gray and it’s a crushing album of riffs and delicate melodies. 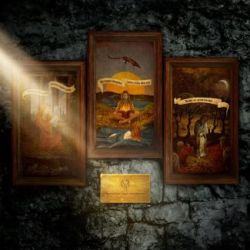 I know that Opeth have come under fire for their dramatic change of style, compared by some to Spinal Tap’s middle-life-crisis “Jazz Odyssey”, but I rather love it. It still contains the light-and-dark twists and turns of any other Opeth album.

This album is heavy in a different way to Blackwater Park (2001) or Ghost Reveries (2006) but if on their next one Mikael Åkerfeldt happened to stomp on his distortion pedal once or twice then I’m sure it would propel that album to the number one slot that year.

2. Mastodon—Once More ‘Round the Sun

This has been in many ways my go-to album of 2014. It’s the album that I’ve gone to sleep listening to more than any other, and it features my most-listened to song of the year: the opening track ‘Tread lightly’.

This isn’t the Mastodon of Remission (2002) or Leviathan (2004). This is a more laid back and melodic Mastodon, more progressive rock than metal throughout but it is still great music. (Even if the album cover is freaky and gives my children nightmares!) 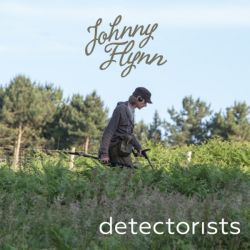 This folk-song theme-tune from the BBC Four mini drama Detectorists written by Mackenzie Crook rather took me by surprise. The writing and acting was exquisite, the theme song was short but sublime.

I wish there had been more—an album—rather than a single song but I’ve listened to this one track over and over again. Last.fm ranks it as joint #14 this year.

In what has been a generally very difficult year, it’s nice to have this gentle, romantic song as its counterpoint.

Bonus: Reuben Saunders—Oh I am a spaceman!

A special word must be given to the song “Oh I am a spaceman!” that my eldest son Reuben and I wrote back in May.

My wife Jane was away and while his younger brothers played a LEGO game on my PC Reuben asked if we could write a song.

Unsure about what we’d produce I said yes: at least it could be great fun. I had no idea that we’d produce something so fun. Most of the ideas were Reuben’s, I just shaped them into a song format and gave it a simple tune.

I’m in the process of illustrating the song to turn it into a self-published book for Reuben. But don’t tell him: shhhh! That’ll be a nice surprise for him next year.

You can hear our demo of the song (featuring Reuben on vocals and percussion) on SoundCloud.