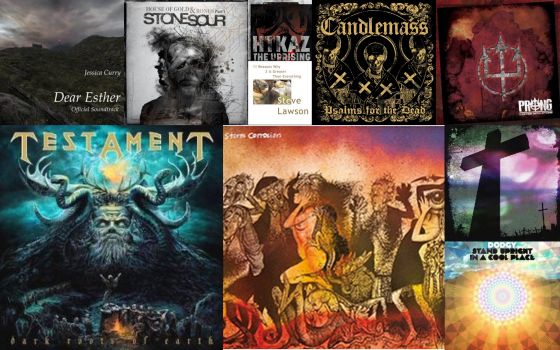 This year was a pretty frugal one for me in terms of album buying, but a very prosperous one in terms of free albums acquired on Freecycle. I added only 15 albums and EPs to my collection, and five of those were free (but not free as in pirated!).

Unlike last year’s run-down, this year I’m counting down from 10.

10. How To Kill A Zombie (HTKAZ)—The Uprising EP 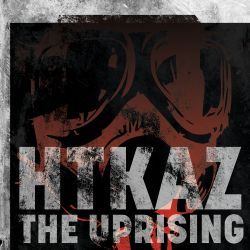 How To Kill A Zombie is a death metal band from right here in Fife, Scotland. The guitarist, Chris Marr, is a friend of mine from St Andrews.

I’d heard a few demos of the band before I bought their EP, and I narrowly missed seeing them live here in Anstruther in 2011, but I sustained a back injury the afternoon before their gig. I need to make a point of seeing them live in 2013.

Musically they remind me of elements of old-school, British thrash band Xentrix, American thrashers Lamb of God, and God Forbid. Their songs are very well written, structured, and played. This is a band that definitely deserves a wider audience.

My current favourite track on the EP is track 2, ‘Revolution’.

9. Steve Lawson—11 Reasons Why 3 is Greater Than Everything (Remastered) 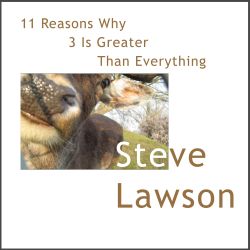 Strictly speaking this isn’t a 2012 album, it’s a 2011 album that was remastered and re-released as a free download. (I’m sure Steve will correct me if I’m wrong.) I should also declare that Steve is a friend, not that that guarantees that I’ll love everything that he puts out.

This is an album that I should play more. As with much of Steve’s music, it’s beautiful, gentle and thought provoking. (Unlike the harmonica solo performed by a four year old that I’m listening to in the background while writing this!)

My stand-out tracks on the album are the opening two tracks: ‘A year afloat’ and ‘Travelling north’.

8. Dodgy—Stand Upright in a Cool Place 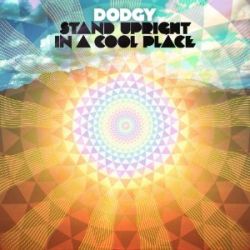 Dodgy’s Free Peace Sweet album was pretty much my soundtrack of 1996. I’ve had a soft spot for Dodgy ever since, but had never seen them live until this summer when they rolled into Edinburgh and played a blinding gig in a tiny venue backing onto Waverley railway station.

This is a fabulous return to form for the English three-piece power-pop band; their first album since reforming in 2007. The songs are fun, complex and layered. It’s a rare album that lifts my spirits quite as much as this one does. Brilliant stuff.

My current favourite track is ‘What became of you’. 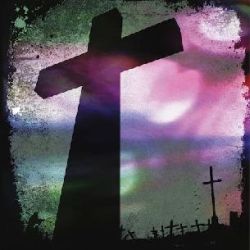 This is the one and only CD that I got for Christmas, last week. It has done well to sneak in to number seven so soon.

Down hail from New Orleans, Louisiana (NOLA) and comprise members of Corrosion of Conformity, Crowbar, Eyehategod, Kingdom of Sorrow, Pantera, and Superjoint Ritual.

This is the first of what is rumoured to be four EPs, supposedly to get the music out to fans quicker than waiting for a full album. And it’s a great start with Down’s signature laid-back, southern, stoner metal groove to each of the tracks with more than a tip of the hat to Black Sabbath on a couple (the opening of ‘The Curse’, anyone?).

Here’s the video for their first single from the EP, ‘Witchtripper’: 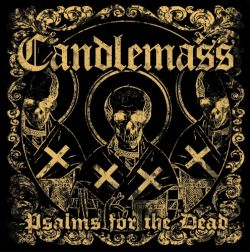 I first got into Candlemass when I heard ‘Bewitched’ from 1987’s Nightfall on Tommy Vance’s Friday Night Rock Show on BBC Radio 1. Candlemass were my first introduction to doom metal, and to my mind/ear they are still one of the best. (Writing this reminds me that I’ve still got five of their studio albums still to buy.)

Psalms for the Dead is supposedly Candlemass’s final studio album, an album about the presence and absence of time, about leaving, goodbyes and farewells. And true to the album’s theme Candlemass parted company with their fifth vocalist, American, Robert Lowe shortly after the album was released, replacing him with Swedish vocalist Mats Levén (At Vance, Therion, etc.).

All in this is a great album… apart from the intro to the final track ‘Black as time’ which is a spoken-word piece and possibly one of the cheesiest intros to a metal song I’ve ever heard; and it reprises halfway through the song. If I can ever be bothered I’ll edit it out! Which is a real shame as ‘Black as time’ is one of my favourite tracks on the album. 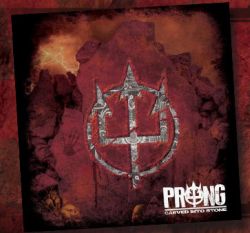 If there is a band listed here that deserves to be better known then it’s Prong. Fronted by Tommy Victor (who has also performed with Danzig and Ministry) the list of former band members is like a who’s who of alternative metal: Swans, Danzig, Fear Factory, Godflesh, Jesu, Killing Joke, Murder Inc.

There are a number of bands who can churn out fabulous riff after fabulous riff. Helmet is one, Prong is most definitely another. And this album is packed full of them. If I could be in any metal band on the planet then I’d want to be in Prong. I would never get tired of playing their twisting, heavy, melodic riffs. 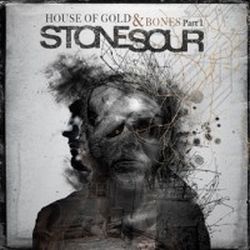 This is the fourth studio album from Stone Sour, featuring Slipknot front-man Corey Taylor and guitarist Jim Root (if you don’t include the special edition of Come what(ever) may) and it rocks!

If you like your metal melodic, heavy and thought-provoking with a few dalliances into acoustic ballads then Stone Sour is the band for you.

This album is the first part of a double, concept album. It’s a reflection of how crazy this year has been that I’ve still to read the lyrics and the booklet to figure out what the plot is.

My favourite song currently is ‘Tired’, simply for the opening riff. 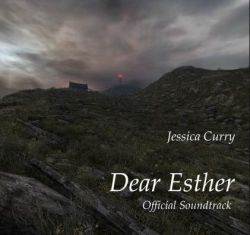 For the last few years I’ve bought the latest titles into the Call of Duty or Battlefield PC games franchises. This year (until I received LEGO The Lord of the Rings in late November) has been about only one game: Dear Esther.

Set on a remote and abandoned Hebredean island, this is not so much a game as an interactive novel. It is simply the most beautiful game that I’ve ever played, and I suspect will ever play. Each time I’ve experienced it (not just played it but even watching walkthroughs on YouTube) it left me feeling contemplative and… I guess, in awe. It is quite astonishing.

And the soundtrack simply adds to the game’s beauty. It is hauntingly beautiful, and quite spooky in places, particularly if you’re listening to it in the pitch black, in bed, as I have done on more than one occasion this year.

There is a free version of the soundtrack available, taken from when the game was a mod rather than a standalone release. I also bought the full, final soundtrack which is slightly different. I only wish there was also an audio book version that included Nigel Carrington‘s perfect voice-over. 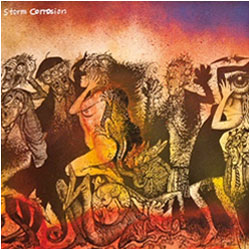 This is an album that I had been looking forward to for quite some time: the collaboration between Opeth frontman Mikael Åkerfeldt and Porcupine Tree frontman Steven Wilson.

It’s a thoughtful and ponderous album that in many ways helps make sense of both the last Opeth album Heritage and Steven Wilson’s 2011 solo album Grace for drowning. It’s an album that you have to listen to again and again to get into, to unlock, to appreciate the various layers and subtleties. It could easily be a soundtrack, as demonstrated perfectly in the official video for the opening track ‘Drag ropes’. 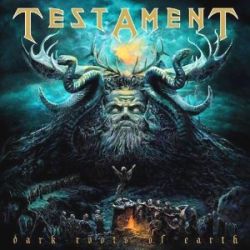 There are some who say that the Big Four of thrash (Metallica, Slayer, Megadeth and Anthrax) should have been the Big Five with Bay Area thrashers Testament filling that final spot. I actually think this album equals, if not betters, anything that the Big Four have put out in the last couple of years. This is a great metal album.

The album kicks off with the adrenaline-fueled ‘Rise Up’, tanks through ‘Native Blood’, before slowing down a little with the melodic but crushingly heavy ‘Dark Roots of Earth’ that reminds me in parts of 1992’s The Ritual, which is not surprising given Alex Skolnick’s return to the band.

The rest of the album is a lesson in how good old school thrash metal sounds with modern production.

One of my favourite aspects of this album is the bonus CD which includes a rather disappointing and incomplete cover of Queen’s ‘Dragon Attack’ from The Game (1980), and a rather better cover of Iron Maiden’s ‘Powerslave’, from the 1984 album of the same name.

Of course, this year I’ve listened to more than just the music that has come out this year. Whenever I listen to music on my PC, and I’m connected to the internet, the tracks are recorded to my Last.fm account.