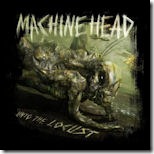 There have been some great metal albums released in 2011, by some major bands. But for me this has been the best: solid, tight, melodic, dynamic, perfect.

I thought their last album, The Blackening, was great—it was awarded Roadrunner Records’ “Album of the Century” after all. They seem to have either equalled or even excelled with this one. It’s a cracker of an album.

During the intro and outro of “Who We Are” on the recently finished Eighth Plague tour, Machine Head displayed fan testimonials on their projection screens that had been captured at that nights’ show.

The shots featured die hard fans that had stood in line for up to 10 hours before the doors opened, who, for their their dedication and passion, had their faces and messages shown on the three on-stage screens.

They became known as The Faces of The Eighth Plague.

Stand-out track: Who We Are 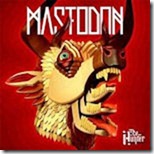 My cousin Alan claims that Mastodon albums never release all their secrets on the first couple of listens. I like that quotation. There is an implication that there is a depth to Mastodon’s songs.

I’ve blogged elsewhere about this album, so I won’t repeat myself, suffice to say that even if the song Blasteroid is in the wrong place on the album this is one very solid, beautiful album.

Stand-out track: Curl of the Burl 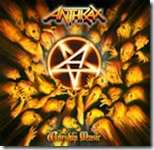 I’m going to be honest: I was sceptical about former, ‘classic’ Anthrax-frontman Joey Belladonna returning to the fold; I always preferred John Bush’s voice. But WOW! they delivered one killer album, and Belladonna’s vocals are the best they have ever been on record.

Stand-out track: In The End 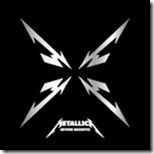 The cynic might argue that Metallica only put out the Beyond Magnetic EP in light of the poor reviews and sales of their Lulu collaboration with former Velvet Underground frontman Lou Reed. The official reason was that it was to coincide with Metallica’s 30 anniversary celebrations in San Francisco.

Whatever the reason: four great songs, and I’m looking forward to whatever comes next from Metallica HQ.

Stand-out song: Hell and Back 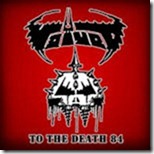 This is a demo tape that got lucky and it makes Voivod sound as new and exciting as when I first heard the opening chords of Killing Technology some time in 1987.

What makes it for me is vocalist Piggy’s spoken parts between songs: it’s up-close and personal, listening in to the Voivod rehearsal space. Great stuff! 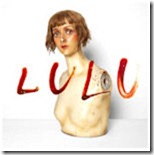 Let’s make no bones about it: this is not a comfortable album to listen to. But I can’t help liking it. In many ways it reminds me of some of the twentieth century composers whose works I used to sing in the National Youth Choir of Great Britain. Those were pieces that you hated on first sing-through but became a part of you the more you got inside them.

The critics have slammed this album. The fans have decried it and despaired about what Metallica will come out with next. But they miss the point: this is not a Metallica album. It’s a collaboration. It’s a Lou Reed album with the four members of Metallica as backing band. If anything it is art.

It’s bold. It’s different. And I really like it. 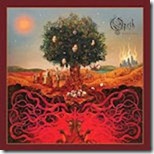 This album took a good few listens to, and a good few weeks of not listening to it in between, before I finally ‘got’ it. It’s a good album, not a great album, but I will continue to listen to it… even if I do really miss that Opeth fusion of heavy and quietly melodic. 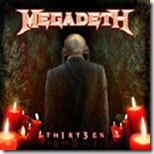 If I’m honest, I was a little disappointed with Megadeth’s thirteen studio album. Don’t get me wrong: it’s a great metal record. But for Megadeth it just feels… lazy. It doesn’t have the hunger of 2007’s United Abominations or the punch of 2009’s Endgame.

Guitarist Chris Broderick said that he could hear elements of the different eras of Megadeth in the various songs. I’m not surprised: some of these are ‘left-over’ songs from previous albums, and one (‘Millennium of the Blind’) is a re-recording.

9. Radiohead — The King of Limbs 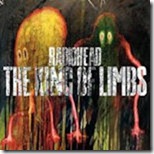 This was an unexpected album for me this year but it’s a great album for listening to in a darkened room late at night. It’s like 2011’s answer to Pink Floyd’s Dark Side of the Moon. 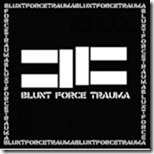 For their second album guitarist/vocalist/song-writer Max Cavalera promised a shorter, more intense, in-your-face album than their debut Inflikted, which was one of my favourite albums of 2008.

This is another album that disappointed me on first listen—perhaps my expectations were too high, perhaps I just wasn’t in the right head-space to listen to it. The album has certainly grown on me during the year.

Of course, this year I’ve listened to more than just the music that has come out this year. Whenever I listen to music, and I’m connected to the internet, the tracks are recorded to my Last.fm account.

Have you blogged about your favourite music of 2011, then add a link to the comments below. If not, what have you really enjoyed?