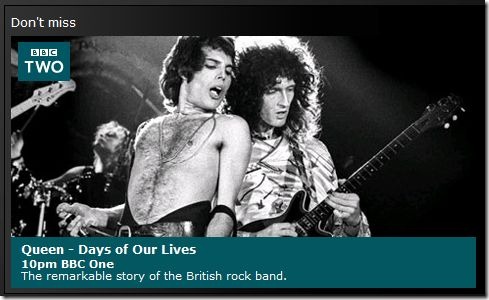 I’ve just spotted that there is a two-part documentary about British rock band Queen starting tonight.

No thanks to the BBC TV homepage (see the screenshot above), however, to tell me what time it starts and on what channel:

There’s also an interview with Brian May and Roger Meadows-Taylor on Chris Evans’ show.