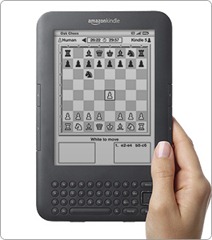 I’ve never had a great deal of success with my PCs at work. I’m currently on my 5th machine and even this one isn’t behaving itself.

The issue appears to be to do with my graphics cards.  I have two running under Windows 7 Professional (64-bit):

And every couple of days when I boot up my PC at the start of the day I get a Blue Screen of Death complaining that there is an issue with my graphics card.

Of course, it took Windows 7 about 6 months of doing this before it gave me a clue that it was related to my graphics card.

So this morning I took the plunge and upgraded my graphics card drivers. After the post-install reboot everything appears to be OK; even the NVIDIA Control Panel is working again, which is good.

But the thing that often confuses me is the numbering system of a lot of hardware drivers.

For example, today I downloaded “Quadro driver release 265”, which also describes itself as “version 267.17” but once installed Windows reports that version “8.17.12.6717” has been installed.

Which is a bit like running the installer for version “banana” and then discovering that version “coconut-chipshop-apple-hamster” has been successfully installed.

Why do hardware manufacturers do this? Aren’t computers complicated enough? All I wanted to do was to make sure that the drivers had updated successfully.

It took a minute or two of staring at the two groups of numbers and a little Googling to discover this:

At least the dates should be the same, shouldn’t they?

Maybe I should just go back to using my Psion 5mx for everything.

It occurred to me the other day that I don’t need to switch on the bathroom light when I go for a shower.

I’m myopic: short-sighted; for those who can read these things, my last glasses prescription was this:

So in the shower, without my glasses on, I can’t see a thing, really.

At night and early in the morning there is a gentle amber glow from the street lamps outside that gives me enough light in the bathroom to make out the outlines of the large, blurred items of furniture.

I know where everything is on the shower rack: shampoo, shower gel, shaving paraphernalia, etc.

So why would I need the light on?

Bingo! An instant way to save a few pennies.