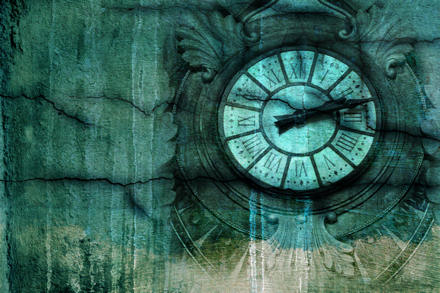 It’s just as well that my organization skills are honed because I’ve been seriously short of time these last couple of weeks. I’m considering putting in for a transfer to Mercury, whose length of day is 58.646 Earth days.

At the moment, as you probably know, I’m part of a two-person Web team. We’re currently putting the finishing touches to a new website design for the University. We’re now nearly four weeks overdue on our first deadline.

As Douglas Adams said “I love deadlines. I like the whooshing sound they make as they fly by.”

So last week, and particularly this week it’s been heads down and we’ve been working flat out to get the code finished and in a state that we can plug into TerminalFOUR SiteManager, our content management software tool. That process began today.

I’ve been bringing code home to work on as it’s the only way I was going to get it done; for example, I was up until 01:15 last night fixing bugs and generally tidying things up. A special mention to the unbelievably awkward Internet Explorer 6!

So, I can’t see myself getting much serious blogging done this week. I can’t seem to switch off very easily from this project … but once it’s done, once it’s into the system things will calm down somewhat and I can relax again.

Here’s to next week …

One thought on “More time please!”