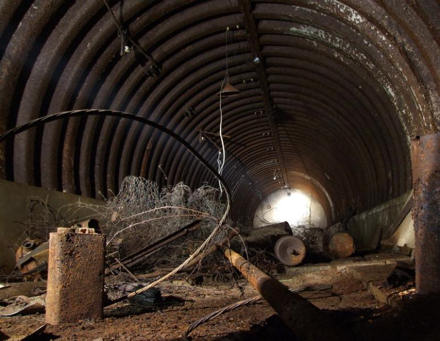 I remember as a child one of my ambitions was to dig a full-size World War I trench in the front garden. Understandably my parents wouldn’t let me, and to be honest I really didn’t have the energy or drive to do it regardless. Instead, I went back to creating a life-size replica of the flight deck of a Boeing 747, using cardboard boxes and the lids from toothpaste tubes.

Thinking about it now, it really wouldn’t have been much fun just having one trench. Two trenches would have been much more fun. Still, somewhere in the back of my mind I really wish I’d done it: it would have certainly have been a unique feature when Mum came to sell the house last year.

This is an attractive extended cottage which is ideally located for the town centre. The property is surrounded by its own cottage style garden, has spacious well laid-out rooms, offers ample storage and good family living space, is bright and cheery and benefits from gas-fired central heating and double-glazing. Particularly attractive are the two full-size, authentic WWI-style trenches in the front garden!

German Bunker in my Garden blog

So it was with some delight that I stumbled upon this blog today: German Bunker in my Garden.

Seemingly CY88 from the Pistonheads.com website bought a house in an old quarry in Jersey about five years ago and the previous owners told them that there was a tunnel (big enough to drive into) built by the Germans during WWII hidden in the garden.

The previous owner’s father had seemingly buried the entrance to it during redevelopments, but not before filling it with stuff that had been lying around the property. Which, it would turn out, included a couple of British WWII rifles!

So, earlier this month CY88 went a diggin’:

People visiting this blog from Pistonheads.com may recall that in the “Secret Room” thread in early 2008, I said that I thought I had a Nazi bunker buried in my garden. Well, since then I decided to get off my backside and excavate it.

The German Bunker in my Garden documents the excavation and subsequent finds. It’s really rather good, and (probably) even better than the recent Indiana Jones movie! Well worth keeping an eye on.