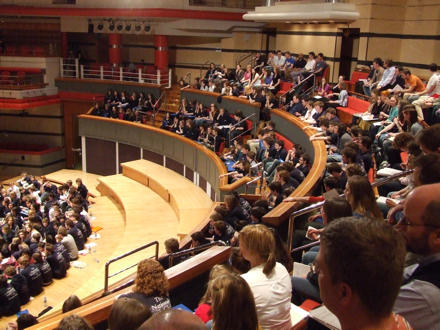 It’s been a crazy week since I got back from Birmingham that I’m only now getting around to writing about it. But what a superb weekend, packed with great friends, good food and much laughter.

Jane and I drove down on Friday, arriving in the city of a thousand trades in a little over seven hours, to be greeted almost at the door by a couple of friends sitting in the bar. 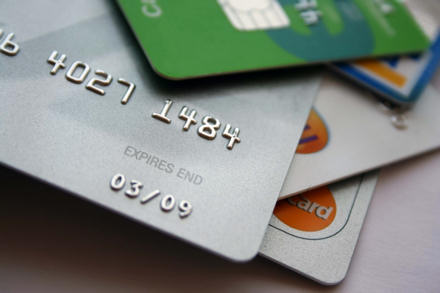 Checking-in took a little longer than anticipated. When I handed over my credit card it flagged up a warning which required the hotelier to call the bank for an authorization code. “I’m so sorry about this,” he apologised.

“That’s okay,” I said. “That happens every now and again, just to make sure that it really is me spending £300 about 350 miles from home. I’m quite glad they’re paranoid.”

It turned out to be more than that.

Seemingly my credit card number had been compromised on an online store (not sure which) and was being used to make fraudulent payments. First £1.00 to Oxfam, then £10 to O2 pay as you go, and £30 to Vodaphone pay as you talk. It would appear that this is what they do: make small payments that could easily get overlooked. Were it not for the fact that my cautious bank look out for exactly this sort of thing.

So within twenty minutes of arriving at the hotel I was now sans credit card: it had been cancelled. It’s now cut up into little pieces and I’m awaiting a replacement card. 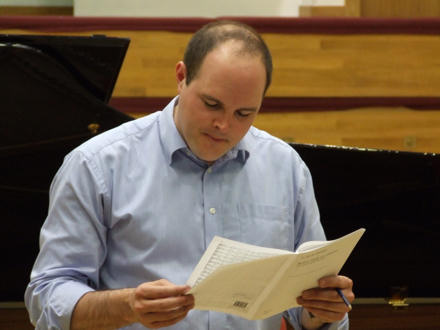 Rehearsals began on Saturday morning at 11:00 … ish. They were conducted by Matthew Owens (aka Smiggins) and went really well. Warm ups were hilarious and I wish I’d taken more video footage of it. It would certainly rival any so-called celebrity fitness video for entertainment value.

So there we were, back in our places in the choir. I was transported back to Beaconsfield #1 in 1989, with the same rogue’s gallery on the back row, much banter and deep laughter. It was great, great to be back, great to be back singing. I love my NYC friends with all my heart.

I was initially a little disappointed with the music choice. There was a lot of new music, which is fine, and a few of us felt that we’d rather have had more of a “NYCGB Greatest Hits”. But we got to sing Shenandoah (arr. Erb), which we toured the world singing in 1992 which was great.

But, you know, at the end of the day it wasn’t about us. It was about celebrating NYCGB in all its fullness and looking ahead to the next 25 years (not back to the halcion days of 1987-1994!!) and that was certainly done with style. I’d sing a whole concert of nursery rhymes if it could be with NYC! 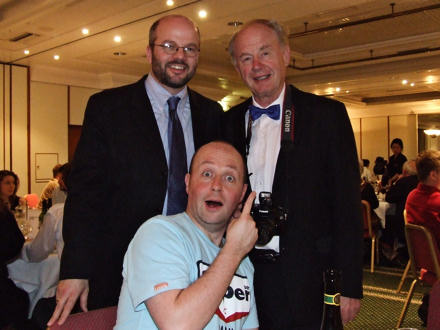 In the evening we retired to the Copthorne Hotel for the anniversary dinner where there was more fun and laughter and a guest appearance by master magician Kockov from the former Soviet Republic of Monrokvia who entertained us with close card tricks and then a 20-30 minutes set, including a quick game of Russian roulette!

This is my favourite photo from the evening (above). As far as Mark (left) and Carl (right) were concerned I was taking a photograph of them. It was only after I’d taken it and was reviewing the picture that I noticed what Danny (foreground) was doing. That had me crying with laughter. Mark and Danny used to be choir administrators; Carl founded the National Youth Choir in 1983. 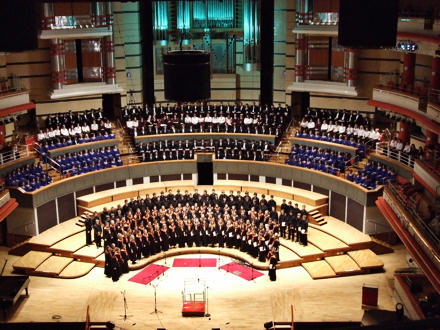 Sunday morning was a relaxed affair with rehearsals beginning in the Adrian Boult Hall around midday for an hour. We took lunch and reconvened in the Birmingham Symphony Hall around 14:15.

We made the mistake of eating in at All Bar One, a hop, skip and jump from the Symphony Hall. The food took an age to arrive, and when it did some of it wasn’t even cooked. As Danny pointed out, it should have been called All Bar Food!

The concert began at 19:00 and ended nearly four hours later at 22:45. A gala concert indeed. Perhaps a little late for some of the younger choir members, and indeed our choir members who were needing to drive home to get to work the following morning.

I left the post-concert party back at the hotel just as Big Robbie Patterson was demanding that the bar be reopened. Again. It was nearly 02:00.

All in all, an absolutely brilliant weekend, with some of the loveliest and funniest people that I know.

Photos
You can see all my photos from the 25th anniversary celebrations on Flickr.