I ordered some replacement MagLite bulbs on Amazon Marketplace the other day.  You know the ones: the tiny AA/AAA cell ones.

But instead they sent me the much bigger C/D cell ones.

I would try to grow my own … but I don’t have the right bulbs.

Conversation with a colleague at the office colour printer.

Gareth: I’m pioneering a revolutionary new way of backing up the website.

Hamish: Is it Subversion, by any chance?

Gareth: No. I’m printing out all the pages.

Hamish: Well, if my kids grow up not knowing what a rainforest is I’ll blame you!

I was only kidding!

I’m just looking at the schedule for the Scotland on Rails conference that I’m attending next month.

I had no idea what “BOFs” are, so I looked it up on Wikipedia:

Well, I’m glad that cleared that up! 😉

Some of those suggestions just sound scary. 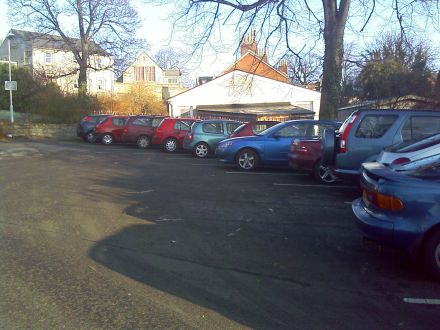 It would appear that to park in the Dyer’s Brae staff car park in St Andrews you would need a car that is some kind of shade of red or blue.

It would also appear that a complete inability to park straight would help too, as this photo ably demonstrates: 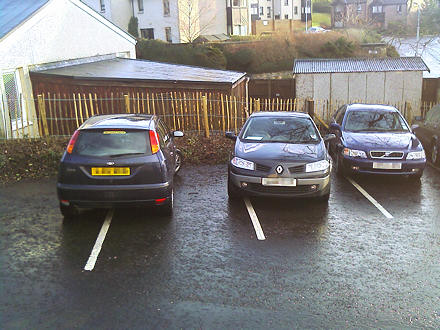