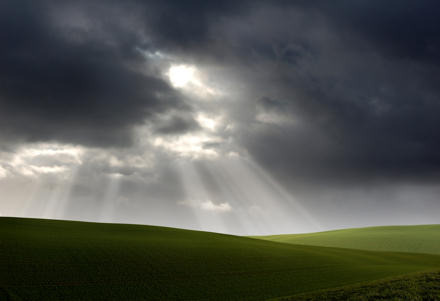 It’s been a funny week this week, full of both highs and lows. It’s been a week of scattered showers.

I found Saturday and Sunday really hard preparing and then preaching a sermon for Mothering Sunday. Waiting for the IVF to happen I just found it a really hard service to prepare for this year.

I found it a really hard service to get through too, and during the sermon I started to cry as I spoke. The last few sentences especially I struggled to let go of. I had to pause and start again. (Not the whole thing, just the last sentence!)

Thankfully nobody stood up and exclaimed “Och! Jings! The meenister’s greetin’ He must be some kinda muckle jessie or some’at, ah’m oot o’ here!”

Just before the end of the service, before the final hymn, I’d recovered enough to explain what was going on, why I was feeling so emotional talking about motherhood when my wife was struggling so much to attain motherhood, and thanked people for their continuing prayers and for simply allowing me to cry in front of them.

I felt a strange combination of self-conscious embarrassment mixed with the sense that I had been authentically and honestly myself, and that it’s okay to show emotion.

After the service I had some really lovely and genuine conversations with folks as I stood at the door and said goodbye. I felt gently cared for and ministered to.

Some places you go to take services you feel as though everyone’s looking to you to take the lead in everything. You’re the minister, the priest, so it all rests on you to carry everyone through the service, and you end up doing almost everything: reading, leading, praying. It’s like a pyramid shape, a hierarchy with the priest at the top (well, Jesus at the top, but you know what I mean.)

At St Mary’s, Newport I’ve always had the sense that I’m joining in, that I’m there to exercise my priestly ministry of blessing and teaching and presiding at the Eucharist. It feels like we’re in a circle, gathered around Jesus, and that I’m one minister amongst many, exercising my gifts while others exercise theirs. That’s actually the model that I think is closer to what Jesus practised, and it feels more … comfortable, I think.

I guess that’s probably why I felt that I could cry: because I felt safe, because I was surrounded by friends, by my Church family, surrounded by other Christians, other ministers, and that in a way belonged there. Which is a credit to the lovely people at St Mary’s who’ve made Jane and I feel so welcome and allowed us to come and be a part of their community, and a part of their worship.

Yesterday I travelled to Edinburgh with two colleagues to visit colleagues at the University of Edinburgh to speak with them about their portal project: MyEd, which is built on the open-source portal application uPortal.

It was a good day, a flying visit and hilarious as the three of us were determined to lead one another out of the railway station:

Steve: We should go up the stairs.

Kevin: We should go up the ramp here.

Gareth: Seriously? Do you think they should be putting us in charge of a portal project when we can’t even agree how to get out of Waverley Station?!

The funniest part of the day was during the meeting when Kevin — whom I’ve known since I began at St Andrews in 2006 — decided to explain to one of the portal team what each of us did.

He didn’t live that one down all day. Later in the evening I sent Steve an email asking if he could bring in a certain data CD in the morning. I got a prompt reply which had me laughing out loud for ages:

Returning from Edinburgh I drove to Ninewells Hospital in Dundee for a renal appointment. Thirty minutes wait, five minutes appointment: Are you okay? yeah … blood pressure looks alright, keep taking the medication, see you in 6 months.

Today began well: up early, feed the cats, morning prayer, try to convince the cats that really they had already been fed, and then I spent about an hour making updates to my website that I’ve been meaning to do for ages.

At work I had some homework to do for the Career Bridges management course that I’m on.

It was all about managing operations. Not surgical operations, it was all to do with budgets and costs and overheads and break-even points and numbers and classes and business plans and … stuff.

It’s not even anything that is vaguely related to my job. They might as well have asked me to plant a tree and take a photograph of it dressed up to look like Elvis!

I spent about all day on it and still managed to come away with something that felt thrown-together.

And then I had an hour left to do some real work and try to figure out why I’d never received two emails from the library asking me to return a book. Turns out I now have a £7 fine, for a book that I was never actually informed that I should return, until I was called up today.

Library: Hello Gareth, I was wondering why you hadn’t returned the book that’s been recalled?
Gareth: What book?
Library: We’ve sent you two emails about it.
Gareth: Well, seriously … I’ve not received either of them.

And I really hadn’t. The first was sent on Saturday, the second on Tuesday. I didn’t receive either. So I’m feeling a little aggrieved about having to pay such a hefty fine on something that I knew nothing about.

So I left work (at 17:45) feeling rather grumpy and miserable.

About an hour later I was back in St Andrews returning a book that I now knew had been recalled. Cos that’s the kind of guy I am.