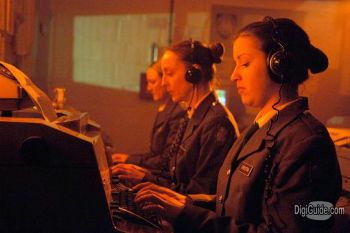 Back in November 1983 I was looking forward to my 12th birthday.

It was a strange year, that was the year that Dad was hit with three brain haemorrhages, in early March, one after the other all within a week or two: bang! bang! … bang!

In August 1983 I’d begun High School. By November life had settled down a little, at least in my inner life. Meanwhile, in the wider world the relationships between the NATO and the USSR weren’t quite so peachy.

It turns out that when NATO called for a military exercise (codenamed Able Archer), shortly after US President Raygun (sic) announced the Star Wars initiative, Russia read this as an indication that World War Three was about to begin. On 8 November 1983, the Russian finger hovered over the button, the nuclear button.

I remember the fear I had when the Chernobyl nuclear power station melted. I’m really glad that I knew nothing of this at the time. I’m even more thankful that sense prevailed and the button was never pressed.

Check out the documentary The Brink of Apocalypse on Channel 4, Saturday 05 January at 19:30.