Last week I was on holiday. It was always my intention to blog as the week went along but I got too involved in other stuff, away from the computer.

I know! How weird. Anyway, here’s how the week went: 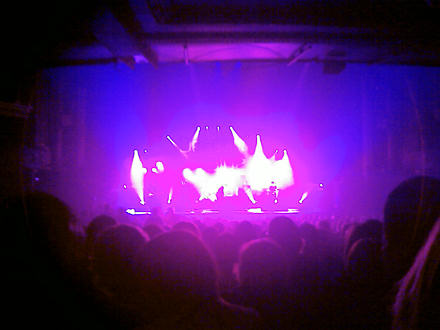 In the afternoon Jane and I drove to Edinburgh, met up with my brother Eddie and his wife Rebecca, went out for a meal and went to see Deacon Blue at the Edinburgh Playhouse.

This gig was my first visit to the Edinburgh Playhouse for a gig since I saw Slayer there on the South of Heaven tour in 1988; Nuclear Assault supported them.

The Deacon Blue gig was the oldest audience that I’ve ever been part of — Sunday morning worship besides. They kept sitting down during the quiet songs!! Hip trouble, I reckoned.

It was also the quietest gig. I think MotÃ¶rhead’s Lemmy probably sneezes louder than the PA was cranked up on Sunday evening. My industrial-quality earplugs stayed firmly in my pocket.

Still, it was a good evening out. Jane and Rebecca absolutely loved the concert, and sang along to almost everything. I even recognised about five or six songs.

The highlight for me, however, was the support act: 6 Day Riot, who I thought were brilliant, quirky, folky and fun. They are a four-piece that play guitars, ukelele, double-bass and drums.

Check them out at MySpace. 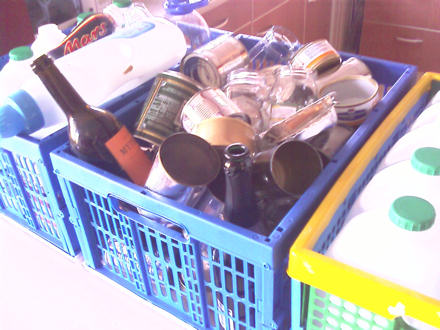 Monday was the first day proper of my holiday, which usually means one thing in Chez Saunders: cleaning.

Cleaning and taking stuff for recycling. It was a good, clean start to my holiday.

I woke up bright and early on Tuesday. It was day two of my holiday, which meant only one thing: DIY Day. 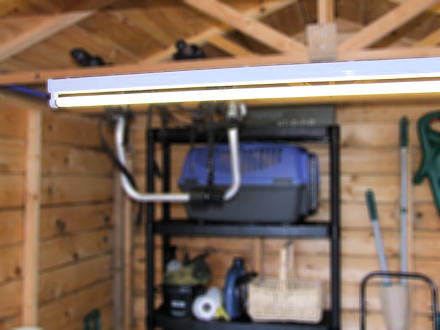 First up, the fluorescent light in the shed got replaced. Only £9.99 at Focus — bargain! 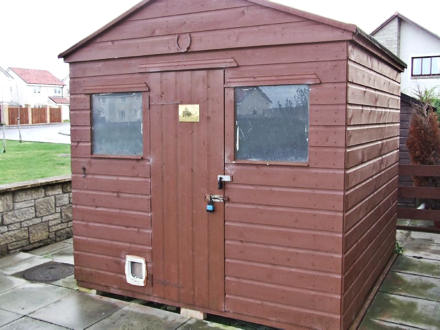 Next up, the brass plaque that had been gifted to us for our former holiday cottage, Kadesh, found a new home on the shed door. Welcome Kadesh, Mk 2. 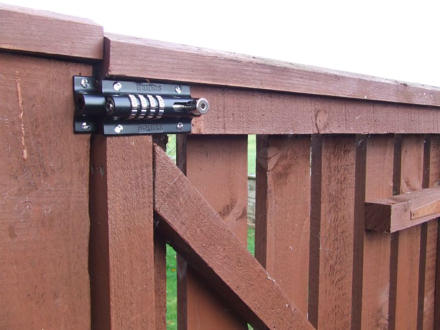 The new bolt for the back gate has been sitting around for months and months. It eventually was fixed to the top of the gate. 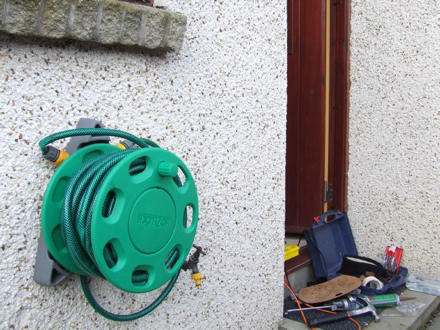 No longer does out garden hose sit tangled in a heap on the ground in our back yard. It is now neatly wound on this attractive, green hose reel. 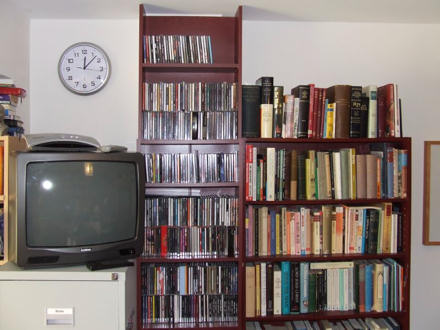 My favourite job was to create an extension for my CD bookcase, which I fashioned out of a broken bookcase that was destined for the local recycling centre / civic amenities site / dump. I now have 14 shelves of CDs!

In the afternoon, I sorted out the cupboard in our joint study and installed Kubuntu 6.06 on Mum’s old PC. That was fun. I’ve been meaning to properly check out Linux distros for months.

On Wednesday Jane’s folks moved into their new house in Anstruther. I went out for a cycle in the morning; hung around Jane’s folks’ new house in the afternoon offering a hand with some DIY.

On Thursday morning Jane had an appointment at the hospital; a follow-up from an operation she had a few months ago.

Thankfully all was clear and we could go off for a few days to Loch Rannoch on holiday.