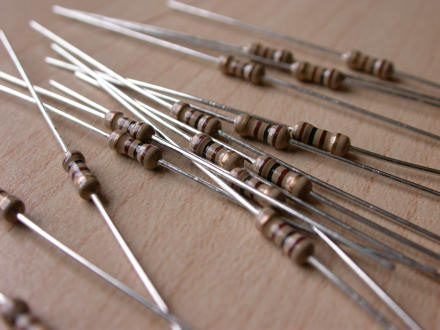 I thoroughly enjoyed my day yesterday preaching at St Peter’s, Linlithgow and St Columba’s, Bathgate. Here’s how I was introduced in the pew leaflet:

WHO’S THE HANDSOME YOUNG PREACHER? That’s the rector, of course! But standing next to him is Gareth Saunders, a friend and fellow clergyperson, who thought he was coming for dinner and ended up staying for sermons. Please make him and Jane welcome.

We did feel very welcome. Here’s the sermon that I preached on Luke 18: 1-8, which I entitled “Resistance and contemplation” (Year C – Pentecost 21 / Trinity 20)

Jesus told [the disciples] a story showing that it was necessary for them to pray consistently and never quit. (Luke 18:1)

When I first read this – in fact, I think every time I’ve read this parable I’ve just assumed that this was a simple analogy that we were dealing with here. I assumed that Jesus wants us to understand that the judge represents God and the widow represents us. And that what he’s saying is that we simply keep nagging on and on and on at God with our prayers, and one day, eventually, worn down by our consistent nagging and pestering God will give in and answer them. Out of a sense of a need for peace and quiet, rather than a concern for justice and love.

But that doesn’t fit at all. Is that really what God is like? If you re-read the parable with that understanding then it begins:

It’s not a very promising start so far…!

In that city there was a widow
who kept coming to God and saying
“Grant me justice against my opponent.”
For a while [God] refused;
but later he said to himself,
“Though I have no fear of [myself] and no respect for anyone,
yet because this widow keeps bothering me,
I will grant her justice,
so that she will not wear me out by continually coming.

I don’t know about you, but if I’m honest, that doesn’t really sound much like God to me.

Maybe … God isn’t meant to represent the judge in this parable.

Scenario #2: God is the widow

So then I thought, what if we’re meant to turn it around? What if we are to understand that God is the widow in this story, and we are the judge?

In a certain city there was a person
who neither feared God nor had respect for people.

In that city there was God
who kept coming to [the person] and saying
“Grant me justice against my opponent.”
In other words, perhaps, “love your enemies!”
For a while the person refused;
but later he said to himself,
“Though I have no fear of God and no respect for anyone,
yet because God keeps bothering me,
I will grant him justice — I will love my enemy —
so that he will not wear me out by continually coming.

It kind of works a bit better that way around, it’s certainly more realistic. But it still doesn’t fit with what Jesus said. Jesus told the disciples “about their need to pray always and not to lose heart” (NRSV) – “that it was necessary for them to pray consistently and never quit” (The Message).

And yet in that interpretation, it’s God who is the consistent one who never quits … and we kind of know that about God already. So why would Jesus be telling us a story about that? Why would he be stating the obvious? Maybe this parable isn’t an analogy after all.

One New Testament scholar, William R. Herzog, has explored this in his book Parables as Subversive Speech.

Even the title of the book got me excited! I have an uncle in California who runs a newspaper called the Anderson Valley Advertiser whose motto is “Fanning the flames of discontent”.

He asks “What if the parables of Jesus were neither theological [stories] nor moral stories but political and economic ones? What if the concern of the parables was not the reign of God but the reigning systems of oppression that dominated in Palestine in the time of Jesus? What if parables are exposing exploitation rather than revealing justice?”

So the parable, then, isn’t a simple analogy. It’s not a metaphor about the Kingdom of God; it’s not an illustration for how the Church should conduct itself. Instead it’s a focused description by Jesus of how things really are. It’s almost political satire, if you like-as uncomfortable and powerful as a cartoon in Private Eye.

Another New Testament school, Colleen Shantz, from Toronto, suggests that “telling people their own stories is part of an educational process for Jesus…”

In telling their own story it gives them distance from their situation it gives them the perspective needed to view their own situation from another angle, to see it afresh, and-importantly-it jars them if not into action, then certainly into recognition of the truth of the situation.

In other words, Jesus is revealing the reality of their situation so that they can recognize it, name it and act on it.

So, what does this obscure parable of Jesus have to do with prayer? Jesus told his disciples a parable about their need to pray always and not to lose heart. And then he goes and tells them a story that could have come from the pages of Private Eye that highlights political injustice.

I think what Jesus is doing is demonstrating that faithfullness in prayer cannot be separated from political action.

There are two things that I’ve learned about prayer over the years:

Our natural human compulsions are

But Jesus showed us another way.

God coming in the person of Jesus was “about vulnerability, about letting go, about emptiness, about self-surrender.” (Rohr, Simplicity, p.31). Jesus understood that “if you are filled with yourself, there is no room for another, and certainly not God.” (Rohr, p.44)

But in praying for more, in asking for more, in reaching out for more, in gathering MORE to ourselves, in wrapping ourselves in religious language and with religious baggage we become less and less like Jesus, who did the complete opposite. What Jesus did was showed us how to let go.

I was at a day conference a few years ago, at New College in Edinburgh (April 2005, “The Spiritual Revolution”). It was a conference about the place of religion in modern society: the decline of religion and the rise of spirituality and New Age.

At the end of the presentations one Professor of Practical Theology stood up and said, “Well, that’s all very interesting but one thing that you’ve failed to recognise is that Christianity is not a religion. Christianity is about a relationship!” There was rapturous applause from the audience. And he was absolutely right.

“Religion is one of the surest ways to avoid faith and to avoid God.” (Rohr, p.33)

Religion is about what WE have to do to reach God, to please God. It’s about learning the correct rituals, the right words and actions, it’s about surrounding ourselves with the right tools and paraphernalia to get it right.

But Christianity is about what God has already done for us through Jesus Christ, to reach us and draw us back to himself. And the way that we do that is by learning to let go. “Let go and let God”

“We have to learn to become spiritually empty.” (Rohr, p.40)

The Gospels are filled with stories of Jesus going off on his own to pray – to contemplate, to let go and align himself with God’s will. And Jesus was incredibly active – his prayer led him into action, to do something about the situation that his people found themselves in.

We in the West could learn a lot from this.

“The great temptation of the Western Church has been to imprison the Gospel in our heads. Up there we can be right or wrong, our position can be correct or false, but in any case everything always remains firmly in our grip … On the other hand, action never allows us the illusion of control, at least not for long. (Rohr, p.69)

I’m going to end with an example of how someone’s prayer has led them to action. This is written by Jonathan, a member of Rutba House, a Christian community in North America.

Every morning I try to wake up thirty minutes before I have to do anything or go anywhere. I brush my teeth, make a cup of tea, and stumble into the little prayer nook that we have under our stairs. I light three candles, sit upright in a wooden chair, steady my breathing, and sit there.

I haven’t figured out just how to do it, but I try to focus on God. Some days I repeat the name of Jesus over and over again. Some days I pray the Jesus prayer: “Lord Jesus [Christ], Son of God, have mercy on me a sinner.”

We have a rosary on the desk. I don’t know how to pray it, but I roll my thumb over the beads some mornings. I try to give myself to God.

Usually I end up thinking about someone I need to talk to or a project I’m working on or the book I was reading when I fell asleep the night before. When I catch myself, I try to focus on the chant again: “Jesus, Jesus, Jesus….”

This bothered me a great deal until I read [St] Teresa of Avila who told me that I need not fight against those thoughts, but should let them wash over me, rejoicing in the truth that God is an anchor who can hold me even in the storms of my mind. I’m not very good at contemplation. But contemplation is not about me. It’s about God.

This summer a young man was killed in our neighbourhood during a drug related shoot-out. The police came and went, but the neighbourhood was still held captive by fear. So the church decided to take to the streets.

Every Saturday morning we gather on the corner where the drug dealers hang out. (There are more of us than there are of them.) We split up into groups and canvass the neighbourhood, singing as we go and stopping to pray with anyone who’ll join us.

After an hour, we all return to our starting point, make a circle, and sing together. On the street corner, we have church.

Activists might call what we do on Saturday mornings a protest. It is. But it is more. It is also contemplation – a corporate communion with the God who is our peace. On our prayer walks the wall between spirituality and activism collapses.

Resistance and contemplation are one.

3 thoughts on “Resistance and contemplation”