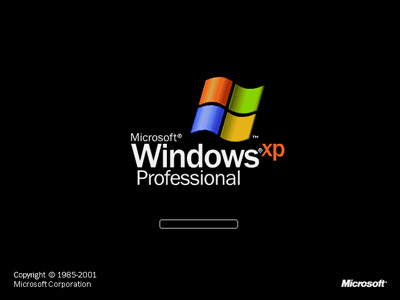 Yesterday, just about lunchtime, I finished writing my sermon for this morning on the theme of “letting go (and letting God)”. About an hour later I found myself letting go of my old, increasingly corrupted installation of Windows XP Professional on my desktop PC.

My PC has now been forgiven, is absolved of all its dodgy registry settings and bloated system files and I feel quite relieved — like a burden has been lifted.

I’d been aware that I was needing to do this for some time, but just didn’t have the time. But yesterday morning my applications were revolting. Outlook crashed about every 5 minutes, Firefox crashed every second page I browsed to. It was time.

Device drivers must be getting better: this was the smoothest, most hassle-free reinstallation of Windows XP that I’ve ever had. I had a bit of bother with my onboard NVidia soundcard, but once I installed the correct drivers it’s been plain sailing ever since.

I even managed to create a Norton Ghost 2003 disk image of the Windows XP partition with just Windows, device drivers and Windows Updates installed. Something to roll-back to just in case.

I’ve used Ghost before — it basically takes a snapshot of your hard drive (or partition) so that you can quickly restore it as and when you need to. That way you can return your PC to a predefined state of health. I used it quite a bit when I had Windows 98se. I could restore my PC in a little over 30 minutes, which was much better than taking 2 days out to wrestle with installation CDs and device drivers.

What I’ve learned so far is

Off to watch Scotland v Argentina now, while videoing the new series of Top Gear on BBC 2.