Something I’ve been meaning to blog about since last month (26 August 2007): Jane bought me two tickets to see Ricky Gervais performing at Edinburgh Castle during the Edinburgh Fringe Festival.

She bought me two tickets and said that I could take anyone I wanted. I chose to take Jane (of course) because she’s lovely.

What I didn’t realise was the controversy surrounding the decision to allow Mr Gervais to perform during the Fringe, as this article from The Scotsman proves: Fringe community fail to see funny side of Gervais’ cash-and-grab act

I had a few issues with that article.

Fringe promoters and rival comedians have criticised the creator of The Office for descending on the Fringe, hoovering up thousands of people for his audience and emptying their pockets of money which would otherwise have been spent on other shows.

… so why does he have to come during the Festival and suck 8,000 tickets away from other venues?

That’s clearly not true. There is absolutely no guarantee that those who went to see Ricky Gervais would have otherwise gone to any other show at the Fringe. This happened to be the only show that we went to see this year; we travelled to Edinburgh specially for it.

Rather than sucking 8,000 tickets away from other venues, he attracted at least 2 tickets to this venue and to the Festival.

That was money which would otherwise have been spent on other shoes, probably. I can’t imagine that Jane and I would have been the only two in that camp. (Not that it was a camp … it was a castle.)

And there was some evidence last night that comedy audiences were thinking the same thing, with £37.50 tickets for Gervais’ Fame! show being resold online below their face value.

Sure, £37.50 is a lot for a ticket, but it’s not like we go out to shows very often. Besides, as Ricky Gervais pointed out himself at the show: there’s a hell of a difference between hiring a venue that’s a poky wee room in a hotel on the Bridges and hiring a castle!

Tommy Sheppard, director of the Edinburgh-based The Stand comedy club, believes Gervais’ inclusion in the Fringe will impact on the Festival.

I think he did have an impact on the Festival. I came away from the show having had a great evening, and having laughed more than I had done in a long time. More than many of the other Fringe shows I’d been to in previous years. I went away having had a great experience of this year’s Edinburgh Festival — surely that’s a good thing!

4. Should it be allowed?

“… it’s ludicrous an event of this scale should be allowed to take place … On a night when the venues should be bustling, thousands of people will be up at the castle.”

It’s called the marketplace! You offer something, if people want it they will pay for it.

Maxwell questions why Gervais has to put on his show during the Festival … If only to drive home the point, he compares smaller acts at Edinburgh this year to a “little fishing village“, while the Gervais machine is regarded as a trawler.

Haven’t these people been watching the Trawlermen documentaries on BBC1? Don’t they realise that even the trawlers are struggling these days?

Anyway … it was great

It was a great evening. The pre-show entertainment was initially provided by a scary-looking woman who refused to sit in her seat and kept facing the rear of the auditorium. I became convinced that she was actually floating and at the start of the gig would float into the air and explode. She didn’t.

Then the Lothian and Borders Police Pipe Band marched into the arena and onto the stage. I love pipe bands, my dad having played in one for years as we were growing up.

Ricky Gervais then burst onto stage in a spectacle of fireworks and Freddie Mercury-esque pomp and circumstance, and then spent the rest of the evening speaking while we laughed.

It was well worth it. They say that laughter is the best medicine. Which made me wonder why we needed members of St John’s Ambulance scattered about the arena. I bet they felt foolish. 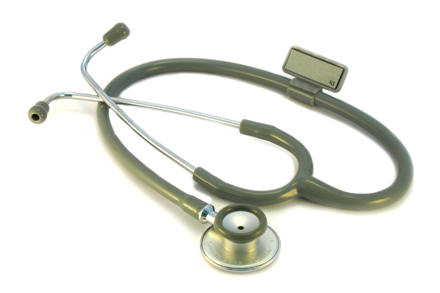 The last couple of days have had a strong hospital theme to them. One was a planned visit, the other wasn’t.

On Monday Jane and I went over to Dundee for a meeting and more tests to try to progress us towards starting IVF. Unfortunately it’s not going to be quite as straightforward as we’d hoped. Before we can start the IVF treatment it turns out that Jane will have to be admitted for an operation to remove something — they don’t know what.

By that I don’t mean that they’ll decide what to remove when they get into theatre — “So chaps, what do you fancy removing today?” What I mean is that there is something they need to remove, but they don’t know from the scans what it is. Except that it shouldn’t be there.

We both felt quite, quite gutted. Monday was a long and emotionally painful day.

Yesterday afternoon I got a phone call from Jane. She was being taken to hospital in Stirling having accidentally and awkwardly fallen down a flight of stairs at her work’s head office.

Thankfully Jane hadn’t broken any bones, or torn any muscles or ligaments. She was ‘just’ quite bruised and very sore, and no doubt will be for a few days to come. Our good friends Ian and Yvonne in Cellardyke drove me down to Kirkcaldy to pick up Jane and her car — both having been brought over from Stirling by colleagues of Jane. She was certainly well looked after.

I’m not planning on going into hospital today.