What would really happen if your toys came to life? This short film (4 minutes 54 seconds) tries to answer that very question.

This made me cry with laughter. A lot.

Bits of it made Jane laugh too, although at the end of it she said that she thinks I’ve got a weird sense of humour.

WARNING: There is some swearing at the end of this short movie. By swearing I mean they use the word “f*ck”. Quite a bit. If it offends you: don’t watch it.

Thanks to James for pointing me to this. 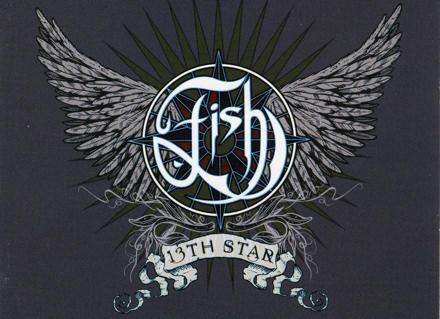 What excitement! On Friday a package arrived for me: it was a limited edition (one of only 10,000) CD/DVD package of Fish‘s new album 13th Star.

Five listens — and one watch of the DVD — later and I am delighted to report that I absolutely love this album.

I’d already heard a few snippets/demos on Fish’s Friday night show on Planet Rock a few months back, and then these last couple of weeks I’d heard the opening track Circle Line and (I think) Square Go on Nick Abbot’s evening show and I wasn’t convinced. But I really wanted to reserve judgement until I’d heard the whole thing, from start to finish.

My first listen to the album was at work on Friday afternoon. I was working on the HTML/CSS for a couple of web pages, earphones on, in my own little coding world.

As the final few notes of the last track 13th Star faded I realised that I felt uncomfortable. It felt like I had intruded clumsily into Fish’s personal life. I felt like a voyeur (“I like to watch!”), eavesdropping on something both intimate and personal.

13th Star is a concept album about relationships; he began writing in January with bass player Steve Vantsis. In late May, two days after his wedding invitations were sent out, Fish’s fiancÃ©e Heather walked out on him, announcing that she no longer wished to marry him. You can read about it on Fish’s blog: And then it was over.

You can hear the pain, the tragic beauty and the poignancy in songs like Arc of the Curve:

The days are long the nights are longer,
In every minute there’s a thought of you,
I can’t forget the magic of the moments,
I stare into the mirror to pretend I’m not alone,
It takes everything I have not to call you on the phone,
You to tell you that I couldn’t love you more.

I could never contemplate that you would ever walk away.

Where in the world?

There is a raw honesty to Where in the World:

that moves the song beyond simply that of a romantic lyricist, eloquently putting into words what thousands of others feel every day. There is a recognition that this is real (“oh so real”), that it hurts and that the chorus

is not just poetic verse, it’s a genuine question to which there is no immediate or easy answer; certainly not within the framework of a six minute song.

The album follows a journey, like the arc of a curve, perhaps. It opens with Circle Line a song about someone’s life going round in circles, looking for a direction. Despite the searching, the uncertainty, and the obvious pain of the songs in between it closes with 13th Star, a ponderous song which has a hopeful air to it.

There’s a point in your life, you got to reach and when you do, you know it, and now I’m here. If I held out my heart and offered my hand would you take it, if I show you the way, so will you follow?
To the end of your days, will you follow? let me take you away, would you follow the thirteenth star?

This album is still growing on me, but I love it already. The now almost obligatory “making of…” bonus DVD (just over 60 minutes long) really helped me get inside the album, hear the stories and reasons behind the themes, the lyrics and the music. This album will certainly be on my MP3 player for quite a few months to come.

The stand-out track for me is Zoe 25, which is as beautiful as A Gentleman’s Excuse Me from Vigil in a Wilderness of Mirrors (1990). Check it out a snippet of it — and a couple of other tracks — on Fish’s MySpace.