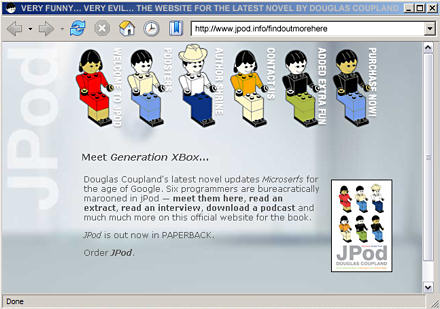 Last night I began to wonder if I really am an autonomous, free-thinking human-being and not just the creation of a 20th/21st-century literary genius.

Yesterday, late-afternoon, a few minutes before five, I checked my email. There was one from our Acting Director informing us that today (Thursday) Registry would be running progression. This basically means that all our students will be moving on a year in our databases, awaiting matriculation (that’s ‘enrolment’ if you’re a North American reading this).

To celebrate that fact I decided that today I’d listen to only progressive rock. So I cleared my MP3 playlist and started compiling a playlist of only prog artists (both prog rock and prog metal), amongst whom were:

I saved the list, shut down my computer, switched out the lights and left the office. Which is when I then began to question my ontological status.

It came as violently and unexpectedly as a Blue Screen of Death. I stopped walking and stared vacantly in front of me, deep in thought. Tourists bustled past me.

“I must be a character in a Douglas Coupland novel!” I muttered disappointedly to myself. “Like someone in Microserfs or JPod. That’s exactly the sort of thing they’d do.”

I don’t remember reading about myself in Microserfs, but as I’ve not finished JPod yet there is still time to read about myself there. Maybe I’m part of a new novel. Maybe I’m just part of some back story, or from a discarded JPod chapter.

Maybe it’s not a Douglas Coupland story I’m in. Maybe this story is much, much bigger. Maybe I’m the creation of an evening bigger genius, whose story started way before the 20th century was even thought of.

On that philosophical note, I’m off to work now to be progressive.