Assuming that I can get my wireless setup properly there (unlike at the IWMW last year — mind you I was using my Psion Series 7 which couldn’t quite cope with the amount of security thrown at it!) I should be blogging from there, and may upload a photo or two to Flickr if I get the opportunity.

So it should be business-as-usual at the geeks’ conference!

I have some new rules for this residential conference, that I’m going to try to stick to:

On Friday the blogosphere welcomed a new blog to its fold: Climate Change Scotland.

Started by the Rev Malcolm Rooney (a Church of Scotland minister of The Glens and Kirriemuir Old parish) and Eric Summers (Headteacher of Websterâ€™s High School, Kirriemuir) the blog aims to promote awareness of, concern about, and action on climate change.

One interesting thing Malcolm drew attention to on Friday evening was how few of the mainline churches (certainly Presbyterian, Anglican, Roman Catholic and Methodist) have any reference to climate change on their website homepages.

For such a global hot topic just now (no pun intended) you would think that the churches would be leaping to address this issue, to show their relevance, and to offer something positive about helping to save and restore God’s creation. Are we not encouraged to be co-creators with God?

The Christian Church (of all denominations) has an ENORMOUS network of people across the planet, we could have this problem fixed in a couple of afternoons if we all put our minds to it. But instead we find that for many today, sadly, their energies will be focused on protesting about the nave altar being moved, or that the lectern was cleaned using the wrong polish, rather than realising that in a few years their beloved altar and lectern might be under 5 feet of water!

Malcolm’s list ventured as far as the Church of England in his broad sweep of Anglicanism. So I did a little investigating myself. Here’s what I found on the homepages of the following churches:

However, while North America generally gets lambasted in the UK press for its head-in-the-sand attitude of climate change we surprisingly find this:

Do keep an eye on it folks, subscribe to the RSS feed, and contribute with your comments.

And Church members: tell your church leaders, get people interested in this critical issue, it affects us all. 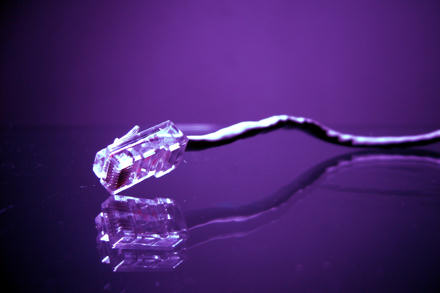 As part of my hosting company’s drive to provide me with the best possible level of service they sent me an email expressing their delight in announcing that my blog will likely be completely off-line any time between 18:00 on Tuesday 17 July to 04:00 on Wednesday 18 July.

According to WebFusion‘s schedule, my server is second in line for upgrade on Tuesday.

So if you come visiting me during that time frame and I don’t answer, don’t worry: my blog will be back.