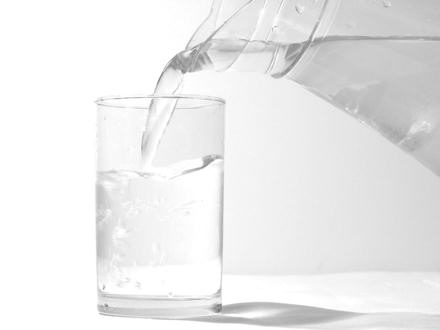 Catching up with friends’ blogs today I came across Neil’s review of the Channel 4 show “Keith Allen will burn in Hell” the other night, the show where he visited one of America’s most controversial churches, the Westboro Baptist Church in Kansas.

I don’t watch very much TV so I missed that this was on, but thanks to the wonders of YouTube I watched it this afternoon: Keith Allen will burn in Hell on YouTube (the show is in five parts on YouTube).

Reading Channel 4’s description of this show it’s quite clear that this wasn’t going to be a terribly high-brow documentary:

Programme-makers in America and Britain have repeatedly tried to expose their beliefs as anti-Christian, but these attempts have failed. In Channel 4â€™s investigation, Keith Allen takes a smarter, more streetwise approach. During three extraordinary days at Westboro, Keith reveals more about the church than other television programmes have unearthed in three months.

By “streetwise” I presume they meant “is willing to dig the dirt” and “will occasionally resort to playground name-calling and swear words”.

On a few occasions I felt that Keith Allen’s actions were cheap and didn’t offer anything constructive to the documentary (his scene in the studio with the naked man, for example).

But his bravery for going into that situation, into their territory, and taking them on (armed only with his wit) has to be applauded. It would be too easy for me to sit comfortably at home, in front of my PC, and criticise — I’m not sure I’d have the courage to do it.

On the whole the documentary left me feeling quite sad. Sad that these Christians are known more for their hatred of people who are homosexuals, their controversial picketing of dead American soldiers’ funerals, their offensive signs and confrontational attitudes, rather than for their example of living out the person of Jesus in their every day lives. They seemed to demonstrate anger more than compassion, judgement more than love.

There is a story from the Desert Fathers (the Christians from the 2nd and 3rd centuries) about a brother who had “committed a fault”. So a council was formed to which Abba (Father) Moses was invited. But he declined the invitation and stayed at home.

Eventually the priest sent someone to him saying “Come, for everyone is waiting for you.” So he got up, took a leaking jug, filled it with water and took it to them.

The members of the council came out to meet him, and on seeing the leaking jug asked “What is this, Father?”

The old man looked at them and said, “My sins run out behind me, and I do not see them, and today I am coming to judge the error of another.”

When they heard that they said no more to the brother but forgave him.

I find it hard not to want to judge the members of the Westboro Baptist Church, as witnessed on that documentary. But I know that I shouldn’t.

All I can say is, simply, that I did not recognise the Jesus that I know and love and read about in my New Testament in their actions. The Jesus that I know would be standing at those soldiers’ funerals weeping with their families; or spending his evenings in the gay bars getting to know the clientÃ¨le.

Christianity is not about fear, hatred or anger — it’s about our lives being transformed by God through love. And that’s not wishy-washy. It’s a hard, hard thing to sit in honesty with our own weakness, vulnerability, brokenness, nothingness and offer ourselves humbly and completely to God. It’s easier to hide behind a faÃ§ade, a mask, a compulsion, even a sign that berates others. But it’s not healthier!

I simply know that those moments that I have dared to seek God in silent prayer have revealed to me that … well, Nouwen puts it this way: “[I] realize that nothing human is alien to [me], that the roots of all conflict, war, injustice, cruelty, hatred, jealousy, and envy are deeply anchored in [my] own heart” (Op cit., p.25).

So who am I to judge others? All I can do is start by asking God to change me, and pray that others may see something of God in my transformation.

I just wish there were more TV shows that explored something of that, such as the BBC series The Monastery.

One thought on “Keith Allen, a jug of water and Jesus”