I did a little research, following my untimely outburst against the Comic Sans font.

It appears that there is a website dedicated to banning the Microsoft Comic Sans truetype font … and strangely not simply because it hails from Chez Microsoft. It’s rather predictably called Ban Comic Sans.

There’s an interesting interview with the folks being the campaign over at Earz.

Earz: Why, according to your manifesto, should comic sans be banned?

Ban Comic Sans: In short, it’s just not safe for unregulated public use. It should be handled like controlled substances or firearms, and should be used only by licensed professionals in very specific settings. Since we can’t have it that way, I’m afraid it should be banned altogether. As an aside, I’ve actually used Comic Sans for web design appropriately in its intended context: www.gorillamart.com/gallery.html

And that’s from a professional graphic designer. Professional! Yeah! That means he knows what he’s talking about. You wouldn’t have the same attitude of wanton disregard if that was a doctor telling you to stop eating chips because they’re bad for your health!

Except instead of chips it’s a font. And instead of narrowing of the arteries and a potential heart attack … it’s a document that looks a bit cheeky and ‘F.U.N.’

I also learned today that someone has written a computer program that automatically deletes the Comic Sans font from your computer. Admittedly it’s all part-and-parcel of an installation application that wipes everything on your hard drive. It’s called Linux!

Oh yeah, what I forgot to mention is that in all honesty, I donâ€™t mind Comic Sans. Itâ€™s a beautifully-crafted font.

However, I just do happen to agree that itâ€™s often used inappropriately. 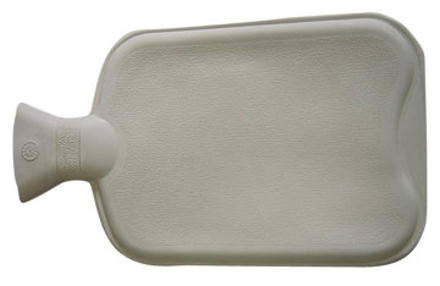 Hot water bottle?! In June?!! What have we done to our planet?

When I drove into work this morning the road was flooded. Almost all ten miles of it, from Anstruther to St Andrews. When I got into St Andrews it was even worse, there was water pouring up and out of the drain covers in the middle of the road. The road was like a river, with the water submerging the pavements completely. Crazy!

Anyway, I’m off out now to buy my hot water bottle!