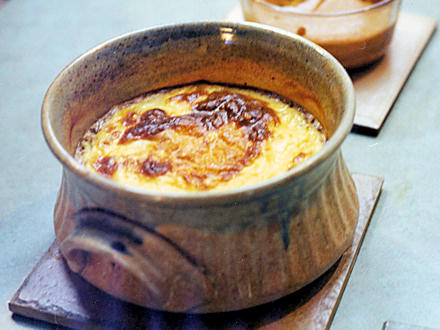 I wrote a joke last night in my sleep. It was during a dream that I remembered quite vividly when I awoke.

The dream involved pirate ships, and a lot of swinging about on ropes, and pirates singing along to the song “I know what I like (in your wardrobe)” from the 1973 Genesis album Selling England by the Pound and a joke. This joke:

Someone (presumably a pirate) was taking about soufflÃ©s — a popular topic of conversation, I imagine, amongst brigands, pirates and privateers of the high seas. To which I replied:

I once played the part of a soufflÃ© in a play — it was a demanding role but I rose to the challenge.

Not the world’s greatest joke, but certainly the best joke I’ve ever written in my sleep.