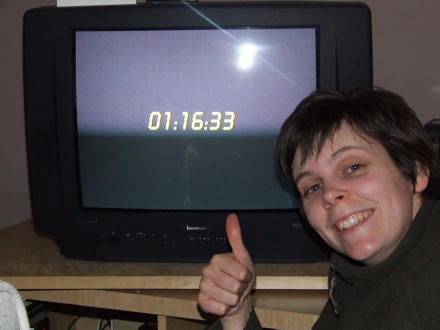 Remember the 24 game that Jane and I play while watching episodes of 24? During the breaks we try to guess at exactly what time the break will end.

Not only that, but she was also spot-on with the next break, correctly guessing: 01:29:15. 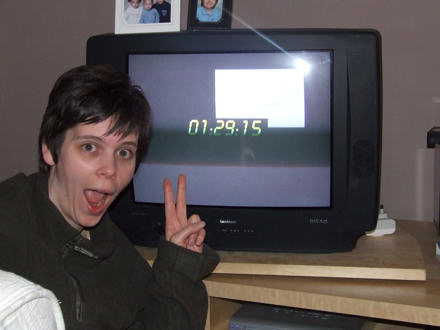 What are the chances of that?!

Jane would like me to point out that she was very tired when I took those photos, and that if she’d known that she was going to be so perfectly predictive — like a mysterious cross between T9 text messaging and Nostradamus — then she’d have dressed up for the occasion.

As it is, life’s like that: the most amazing things happen when you least expect them. 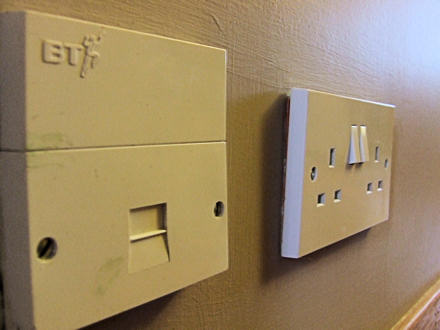