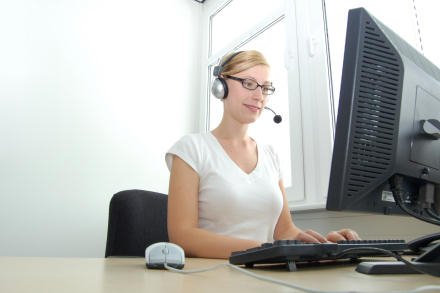 On Tuesday I called BT Broadband Support (0845 600 7030) because I was experiencing connection problems (no, really, I was!), which were being manifest in three ways:

I got through fairly quickly and spoke with someone who told me that:

I hung up. They never called me back. My VoIP service wasn’t restored, the connection problems continued. I went to bed in pain.

I called back yesterday afternoon, having done some more tests to try to prove that — in the words of that favourite of ‘tech support’ phrases — the problem is not at my end!

As anyone who has done any basic networking will know there are a few immediate things you can do yourself to try to determine the problem when you are experiencing network connection problems. Or rather to eliminate what it’s not.

The first thing to bear in mind is that all data transferred across networks is first broken down into small parts called “packets“. That way large amounts of data can be transferred more efficiently.

The PING command is really useful for finding out if there are connection problems. What it does is send an ICMP (Internet Control Message Protocol) echo request to check whether the remote computer is available.

In other words, it says “Hey other-computer, are you there?” And if it is then it replies saying “Sure am, mate!” Or something like that. But better than that, it does it four times — by sending four packets — and counts the replies. A bit like Jesus asking Peter “do you love me?”, only one more time.

Open a Command Prompt (in Windows XP go to Start > Run… and type in CMD then click OK) and then enter the command PING followed by a space and then a URL (either as a web address or IP address), e.g.

What you should get in return is something like this:

One of the most important things to note about the results is the bit that I’ve highlighted above: how many packets were sent and received. Ideally you don’t want any packets to get lost.

Unfortunately, I was consistently experiencing 50% packet loss. So I did a Trace Route.

Next in my handy arsenal of networking tools is TRACERT, short for Trace Route. Guess what that does!

Ok, I’ll tell you: it … erm, traces the route that the packets take across a network. Pull up another Command Prompt and type:

and you’ll get back a list of all the IP addresses (of routers, switches, and bridges) that the packets are routed through to reach the destination (plus a load of other information), e.g.

Which you can then PING to see where in the route the problem might lie. If any of those IP addresses are dropping packets then it’s a strong possibility that that’s where the network connection problem lies.

So that’s what I did, and discovered that packets were being dropped somewhere between esr1.edinburgh5.broadband.bt.net and core2-pos8-1.edinburgh.ukcore.bt.net. So I gave BT Broadband Support another call.

So the tech support bod put me on hold to consult their supervisor. And came back and asked me what anti-virus software I was using.

“THE PROBLEM … IS NOT AT MY END!” I told them. Quite firmly.

Forty minutes later, after jumping through their hoops I was transferred to the Line Faults Team. “The problem is not the line,” I assured them. And then I started to explain to this second person about my Ping and Trace Route results.

“I can tell you between which IP addresses I was experiencing packet loss,” I said. “I did a Trace Route.”

There was a silence.

“Do you know what a Trace Route is?” I asked.

“No. No I don’t,” the Line Faults tech support team member confessed.

And at that point I realised that I wasn’t speaking to a networking expert who was there to help me diagnose my networking connection problem, but a call-centre employee who is paid to be polite (and they were delightfully polite to me, even during my wildest rant) and follow a pre-defined troubleshooting path on their computer.

I knew there was a problem, I knew where the problem was. Trouble was I had to get my problem past the front-line call centre team to an IT-trained networking engineer who understood what the hell I was talking about.

After an hour (60 minutes no less) on the phone, having threatened to leave BT unless the problem was fixed today I was promised that the local exchange would be contacted and the problem fixed; they’d call me back in three hours.

Three hours and fifteen minutes later the phone rang. It was BT: they’d fixed the problem. Turns out there was a problem at the exchange.

Who would have thought?!

I just wish there was an easier and quicker way to get these problems sorted. 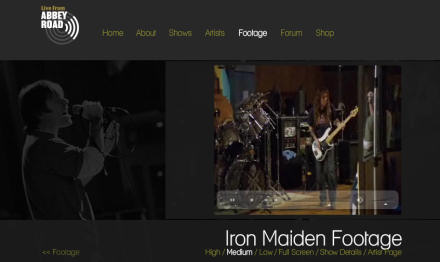 This is the last in the series and sees Iron Maiden performing “Brighter Than A Thousand Suns” from their latest — and excellent — album A Matter of Life and Death, and also the classic “Hallowed Be Thy Name” from 1983’s Number of the Beast.

You can see a sneak preview of their performance on the Live From Abbey Road website, in the “Footage” section. You’ll require Adobe Flash Player to view the site and clip.