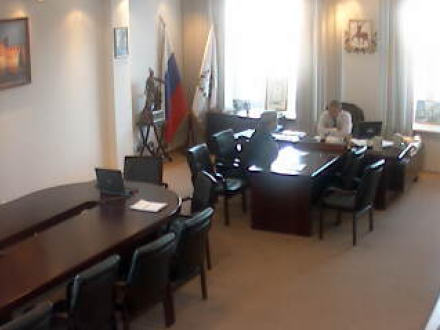 An IP camera (or ‘network camera’) is, as the name suggests, a camera attached to a network. Who would have thought it?!

It’s quite simple to search for certain IP camera feeds on Google: search for view/index.shtml

Someone has also created an open IP Camera Google Map.

But my favourite camera so far has been one that shows what looks like a local Russian government office within the city of Nizhny Novgorod. At the moment it looks like they’re about to have an early morning meeting: 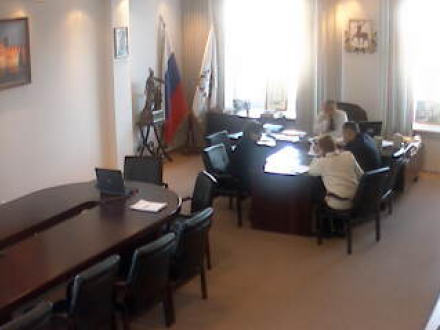 I tell you, it’s more interesting than Big Brother! This is real people in a completely different country (unless you’re reading this on a PC in Russia) going about their every day job. Isn’t the internet an amazing thing!

Hands up if for a moment you secretly imagined that you were a member of CTU viewing something that Edgar or ChlÃ¶e had uploaded to your PDA. (It’s a 24 thing!)