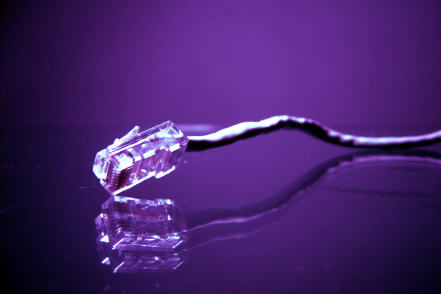 Last Friday at work I was determined to solve a problem that we’ve had since I arrived in May 2006. It was to do with our network: why could my colleague Steve connect to my PC but I couldn’t connect to his?

Why had it taken us until Friday last to get around to troubleshooting this problem? Because it wasn’t until then (eleven days before the public release of Microsoft Windows Vista) that Steve upgraded from Windows 2000 to XP, and as we share so much data between us it felt quite important to finally nail this problem.

“That’s really odd,” I said. “Why can you see my PC and connect to it but I can’t see or connect to yours on the network?”

And then I remembered that I’d said that very same thing about my newly installed laptop back in the autumn and the problem had been to do with network node types. (Of course!)

Were we using two different (and presumably incompatible) node types? A quick trip to the Command Prompt (Start > Run…, then CMD) and ipconfig /all gave us the answer we needed: yes. Steve’s PC had “Peer to Peer” while mine said “Hybrid”.

Here’s what we did to change Steve’s PC to “Hybrid” which solved the problem:

If you want to explicitly configure the Node Type:

For details, see this Microsoft Knowledge Base article:

A quick reboot (or simply disable the “Local Area Connection” in Control Panel > Network Connections, and then re-enable it) and all was fixed.

(This post is as much for my own reference in the future as to help others.)

This has just solved an issue I had with Windows 7 not showing my XP machine in its network folder.