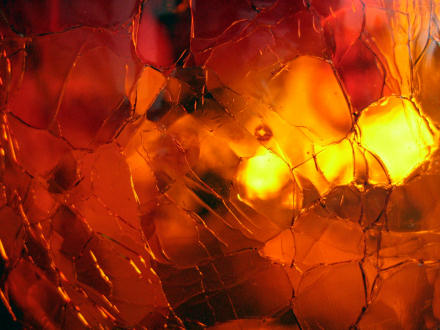 I didn’t want the year to end without sharing these thoughts with you. I, like many, woke yesterday to the news on the BBC Radio 4 Today programme that Saddam Hussein had been executed by hanging in Iraq earlier that morning. And just as I had felt a deep pang of sadness when I heard the news last month that he had been sentenced to death I felt an equally deep sense of regret that he had been killed.

It’s not that I don’t believe that Saddam Hussein was responsible for the unlawful killing of thousands, including his own people. It is that fundamentally I’m against the death penalty because I do not believe that killing someone who is responsible for killing someone is a solution. It doesn’t redress the balance, it doesn’t sit with me as being an act that brings justice.

As I lay in bed listening to the news, to the audio recordings of celebrations on the streets of Baghdad and (presumably wildly edited) vox pops from politicians from around the world I remembered something that I’d preached in Inverness in 2003 when the most recent war with Iraq began. I’ve adapted parts of it below.

If you endure when you do right and suffer for it, you have God’s approval. For to this you have been called, because Christ also suffered for you, leaving you an example, so that you should follow in his steps. “He committed no sin, and no deceit was found in his mouth.” When [Jesus] was abused, he did not return abuse; when [Jesus] suffered, he did not threaten; but [Jesus] entrusted himself to the one who judges justly.
(1 Peter 2: 21ff.)

The notion of God as Judge is an important one. I have been particularly challenged … by a book by the new Archbishop of Canterbury, The Most Revd Dr Rowan Williams, called Resurrection: Interpretting the Easter Gospel. In it he explores why it is good news to say that ‘Jesus is risen’ and explores too the connection between resurrection and salvation.

But before he reaches that he unpacks the importance of Jesus as the ‘pure victim’ — the victim, as Peter says, who did not return abuse or violence when he was abused or violated. “The ‘pure victim’ alone can be the merciful, the vindicating judge,” he argues, because to judge is to be exposed to judgement oneself, and only he who has suffered without threatening in return is in any position to judge others mercifully.

What I think Rowan Williams says that can offer us some direction in the current political situation, and which Noam Chomsky also points to, is that we cannot claim to be doing what is right in God’s eyes if we are in a position of judgement and power in which we make others our victims. Williams writes,

“When we make victims, when we embark on condemnation, exclusion, violence, the diminuation or oppression of anyone, when we set ourselves up as judges, we are exposed to judgement (as Jesus himself asserts in Matthew 7: Do not judge, or you too will be judged), and we turn away from salvation.

To hear the good news of salvation, to be converted, is to turn back to the condemned and rejected, acknowledging that there is hope nowhere else… If God’s love is shown in the pure victim, it is shown as opposition to violence: so it is impossible to conceive of the Christian God with the oppressor in any relationship of violence.

The powerless sufferer, whether ‘innocent’ or ‘guilty’, is the one who belongs with God, simply in virtue of being a victim; so that the saving presence of God is always to be sought and found with the victim. Conversion is always turning to my victim — even in circumstances where it is important to me to believe in the rightness of my cause.

For we are not here dealing with law and morality… What is at issue is simply the transaction that leads to exclusion, to the severance of any relation of reciprocity. It may be unconscious, it may be deliberate and wilfully damaging, it may appear unavoidable; but as soon as such a transaction has occured, God is with the powerless, the excluded.

And our hope is that [God] is to be found as we return to our victims seeking reconciliation, seeking to find in renewed encounter with them the merciful and transforming judgement of Jesus, the ‘absolute’ victim.

As hard as it might be to accept, it seems to me that in the case of Saddam Hussein, this now powerless sufferer, regardless of his guilt, belonged with God simply in virtue of being powerless and excluded. And as I said in my last blog post God is to be found where he is least expected.

But what I’m saying does not mean that Saddam Hussein is vindicated for all that he did during his years of reigning terror of his own people. What I am saying, I suppose, is that in that moment of execution — somehow, in ways that we cannot possibly imagine — God was with Saddam Hussein, and that his judgement lies with God alone. What I am saying is that what should have been done was not put Hussein to death but somehow try, over time, to help him seek some kind of reconciliation with those whom he had victimized. Now that would have been justice. If it could happen in South Africa it could happen in Iraq too.

As I heard in a film the other day, often the harder path is also the right one. And at the end of the day Saddam Hussein was still just a human being like the rest of us. If I was to be absolutely honest and blogged openly every thought that I had and shared with you every human emotion and struggle I have you would — I have no doubt — call me a monster as bad as Hussein. I can’t imagine that I’m alone. But I’m simply and humbly thankful that I believe in a God of love who takes my brokenness and offers me forgiveness and a way to slowly become a better human being.

In the meantime, the execution of Saddam Hussein has done nothing to bring to an end the killing in Iraq, with more car bombs and murders happening in response to the news of his death.

Pray, pray, pray … that’s all I can suggest, and somehow, somewhere the God who is to be found in the most unexpected of places will bring about new life and new hope.