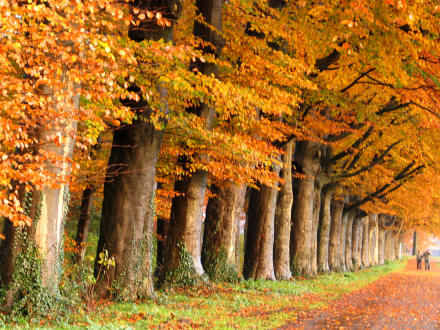 For the last few weeks I’ve been quietly composing a blog post in my head asking what is becoming of this country, by which I mean the UK. That can wait for a more pressing question might be: what on earth is going on in Ipswich? And what is going on with regards the press coverage?

For those who may not be up to speed with the news, during the last fortnight five young women have been murdered — possibly by the same person(s) — and their bodies dumped in woodland areas around Ipswich in Suffolk, England. (You can read more about it on the BBC News website if you like.)

Last night as Jane and I sat in bed watching the ITV news we were saddened by the (lack of) quality of the reporting. We were disappointed that these murdered young women were labelled ‘prostitutes’ each and every time they were mentioned, as though that summed them up. Yes they were prostitutes but they were also young women, they were someone’s daughter, sister, friend or mother.

At one point a journalist at the scene where the two most recent bodies were discovered was reporting on that day’s happenings. She said how exciting it was to be there when the second body was discovered. She actually said “exciting”. Jane and I couldn’t believe it. We knew what she meant: to be there while the news was breaking. But she said “exciting”, which seems to me to be one of the most insensitive things that she could possibly have said. This was a murder scene where someone’s daughter had been found brutally murdered.

This morning I woke to an interview on the BBC Radio 4 Today programme with the father of Paula Clennell, whose body Police believe they may have found on Tuesday. It was heart-breaking to hear his story. I had tears in my eyes as I listened to him tell the interviewer that he had not had any contact with his daughter for years, since the birth of her first child. You could hear the deep, deep regret in his voice; broken relationships and broken lives, and words that she will never hear him say to try to help bridge the void.

Mr Clennell also objected to the over-use of the word “prostitute”. “I do wish you’d stop using the word ‘prostitute’.”, he said, “I prefer the term ‘ladies of the night’ he went on. Personally I’m not sure that such a euphemism is any better; I prefer ‘young woman’, but I knew what he meant. “I do wish you’d stop calling her a prostitute … she was my daughter!”

I can’t imagine how I might be feeling right now if we were living in Suffolk. My prayers and thoughts are with the families and friends of the five young women who have been murdered, and for all women in the Suffolk area who may be afriad. My prayers too for the obviously troubled, troubled person or persons responsible; for the members of the Police and other emergency services; and of course for the members of the press and TV that they may report this news with dignity and respect; and for all women driven into prostitution and from which they are unable to escape. Time to pray, pray, pray…

7 thoughts on “She is still someone’s daughter…”