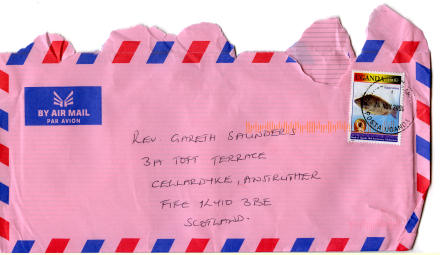 Very odd! I appear to be receiving what appears to be real life spam from Kampala, Uganda. I got two handwritten letters through the post the other day asking me for money.

My Symantec AntiSpam for Letterboxes 2006 obviously needs updated again. They did have nice handwriting though, and pretty, pink envelopes so it’s not all bad.

3 thoughts on “Could this be real life spam?”