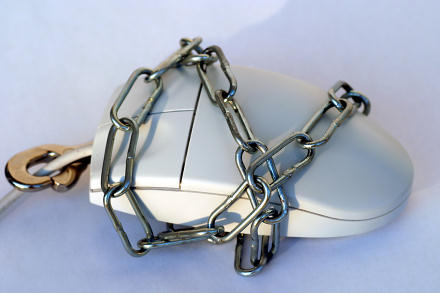 This week I received something in my e-mail inbox that I’ve not had in a while: a hoax e-mail ‘kindly’ forwarded to me by a friend or family member trying to help me and ensure that my hard drive wouldn’t be destroyed by the latest terrible virus.

The hoax e-mail sent was the Olympic Torch hoax, had the subject “Please forward this warning to all of your contacts” and said

Be alert during the next few days: Don't open any message with an attached file called "Invitation", regardless of who sent it. It's a virus that opens an Olympic Torch that "burns" the whole hard disk of your computer.

This virus will come from someone who has your e-mail address; that's why you should send this e-mail to all your contacts. It's better to receive this message 25 times than to receive the virus.

DON'T open it , permanently delete it and re-start your computer immediately... This is the worst virus announced by CNN, it's been classified by Microsoft as the most destructive virus ever. The virus was discovered by McAfee yesterday, and there's no repair yet for this particular virus. It simply destroys the Zero Sector of the Hard Disk, where vital information is kept

How to spot a virus hoax

Virus hoaxes usually arrive in the form of an e-mail with instructions to pass this message on to all your contacts and they are often constructed using the same structure as the message above:

Anti-virus (AV) software companies do not send out warning e-mails (unless you’ve specifically signed up for a newsletter from them) asking you to pass on these details to your friends. AV software companies rely on two things to help you keep your PC clean of infection:

If you receive a similar message that is warning you of the latest virus threat then please first check the Symantec Hoax site to see if your e-mail message is listed. The purposes of these e-mails is to create a sense of unnecessary panic and for you to spam your own friends!

If you don’t already have anti-virus software installed on your PC then I can thoroughly recommend AVG Anti-Virus Free 7.5.

I’ve been using it on my laptop for a few months now, and on my games partition on my main PC. One reason I like it is because it doesn’t hog system resources like other AV products do (such as Norton AntiVirus). The TweakGuides Tweaking Companion for Windows XP has an excellent walkthrough on how to optimize AVG for your system.

Another great thing about AVG, if you have a slow internet connection, is that the update downloads are generally very small. Yesterday’s update was 500 KB, today’s only 8 KB. So users still relying on a dial-up connection would be fine.

It’s often not enough to simply rely on your anti-virus software these days. I regularly scan my systems with AdAware SE (anti-spyware) and A-Squared Free (anti-trojan).

A regular scan once a week should be fine. Unlike anti-virus software and firewalls, you may install and run more than one package. I also allow the ZoneAlarm spyware scanner to run regularly, and Spybot Search & Destroy. The TweakGuides Tweaking Companion (mentioned above) also has a good section on using this software, I recommend that you download it and give it a read.

I also recommend that you make sure that you have a firewall running. A software firewall is an application that acts a bit like a bouncer for your network connection. It monitors all the in and out traffic making sure that only authorized traffic gets through.

A lot of people recommend using the built-in Windows XP firewall. I’m a little more cautious and as a long-time user of ZoneAlarm I’ve bought the ZoneAlarm Pro firewall which also adds extra e-mail and spyware monitoring capabilities. There is also a free version, which I’ve used very successfully.

One of the most important things for helping ensure that your PC does not become infected with malware — and I can’t stress this enough — is YOU! A few tips:

I hope that helps a few readers. And my e-mail inbox! 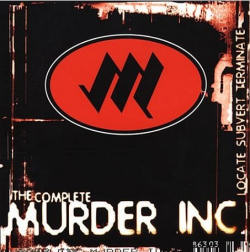 Today’s random blast from the past from Gareth’s Magnificent Wall of Metal™ comes courtesy of Murder Inc., the short-lived 1990s supergroup comprising members of Killing Joke, Pigface and Ministry.

I first heard Murder Inc. on a cassette that was recorded for me by a friend, Gregor, while I was working at Claridge Mills, Selkirk after leaving St Andrews in 1993. I think that I wanted a copy of Exodus‘s first album and told him to put something cool on the B-side. Murder Inc. has been a firm favourite ever since.

There were two things that really attracted me to Murder Inc. First was undoubtedly that their singer, Chris Connelly is Scottish, and sounds Scottish. Second, Murder Inc. don’t sound like your typical rock or metal band.

Murder Inc. is not an industrial metal band, but their music does contain more than a few industrial elements. It sounds melodic but raw, acidic and quite unpredictable. I’ve always liked music that was a bit different, that challenged the norm, that didn’t stick to a verse-chorus-middle-eight arrangement, that pushed boundaries. That’s why I’m into bands like Voivod, Celtic Frost, and the truly bizarre masterpieces that emerge from the ‘troubled’ mind of former Faith No More singer Mike Patton.

One of my favourite tracks is “Mania” which has the sound of a dot-matrix printer running in the background throughout the song; something I played around with myself around the same time on a song demo with a friend, Max (who is now an excellent tattoo artist). Great minds think alike, and all that!

I picked up the album The Complete Murder Inc: Locate Subvert Terminate on Amazon marketplace a while back for around four quid. Well worth it. This two disc collection combines the original, self-titled album (CD 1) along with a second disc of remixes, singles and live recordings. 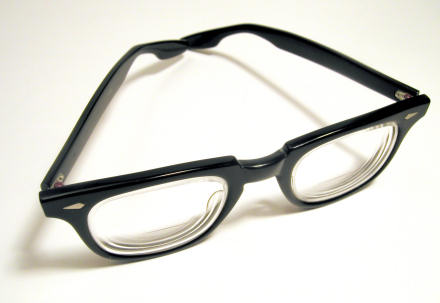