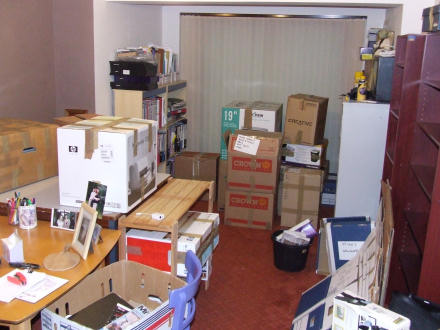 After seven years of living very different and separate existences Jane and I have taken a dramatic and significant step in our lives: this evening Jane and I moved in together. I am of course speaking about our joint study (home office).

During the last few days we’ve been busy painting the walls (hence the lack of blog posts) and this evening we started moving our stuff out of the hallway and into the study. It’s a giant step for both of us. Not something that has been entered into it lightly or selfishly but reverently and responsibly in the sight of almighty God.

Will Jane be able to put up with my almost obsessive need for order? Will she be able to stand my compulsive desire to file anything of hers that sits in her In Tray for more than five weeks? Will Jane be able to put up with my 6.1 surround sound PC speaker system (playing either thrash metal or Battlefield 2)? Will I make any room on my shelves for her books and folders? … of course I will! I’ve already given up a whole drawer of my filing cabinet. However, it’ll just mean that I have to start filing a lot more under ‘R’ for recycling.

Wish us well in this new joint venture.

p.s. This is the room that used to be the garage. 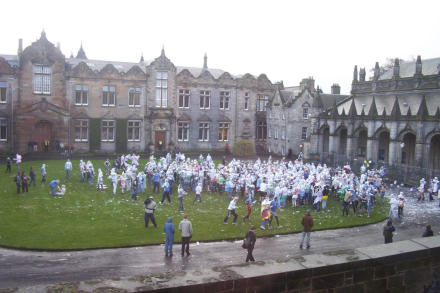