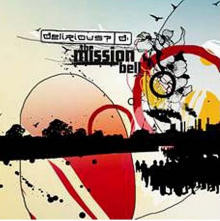 3 thoughts on “I hear the mission bell…”