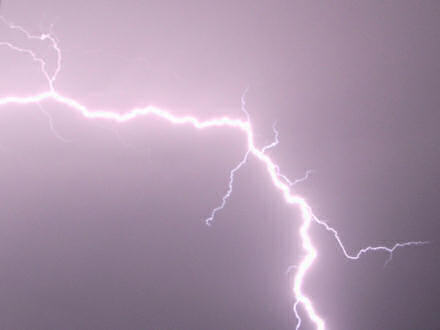 So there we were — Jane, Spot and myself — sitting in the living room watching a repeat of Doctor Who on the electric television while eating dinner of a nice Madras curry (Spot wasn’t eating his bowl of curry for some reason) when all of a sudden there was an ALMIGHTY crash and everything™ suddenly went completely dark, both inside the house and out.

Almost as soon as we were plunged into the darkness we realised that everything was bathed in a glorious and brilliant white light. Then it was dark again, for a moment before the house and street lights came back on.

Quite spectacular this world of ours at times. My compliments to the maker. 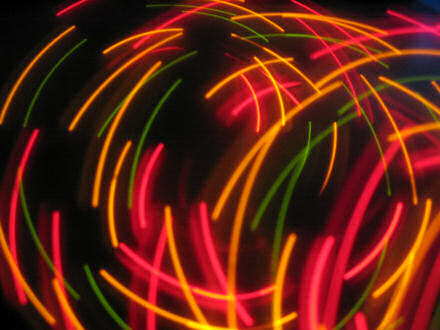 The photograph above represents an artist’s impression of how it feels to be living inside my head just now.

My throat hurts, my eyes hurt, I sound as though I’ve had a series of voice coaching lessons from both ‘Whispering’ Bob Harris and Leonard Cohen, and now I’m dizzy.

I’m off work today to recover. A day of rest, paracetamol, decongestant, Vicks Vaporub and Megazone pastilles ahead methinks.

In other news: Spot is back home now. We are now £212 poorer, but all the richer for having a more comfortable cat. (That makes him sound like a sofa!) Two hundred pounds?! They’re taking the piss!

Our task for the next seven days is to administer four separate medicines at various points throughout the day, including one where we have to open the pill capsule, pour half the contents (in powder form) down the cat’s throat, and then reseal the capsule in order to do it again eight hours later. Oh, he’s going to love that! (Irony.) Fun, fun, fun…! 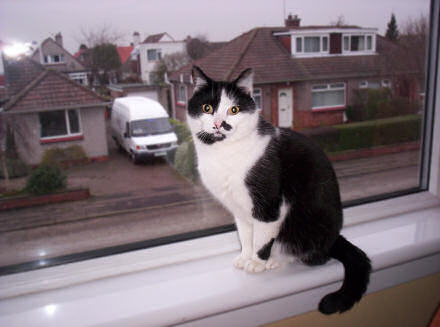 Summary: Jane returned home from Fort William this evening — where she’d stayed in a B&B for only 10 minutes, for £30.00, before turning around and driving back to Cellardyke. She arrived around 10:45, just in time for us to take our cat Spot to the vets as an emergency.

What a week! First the upset with the house, then Jane took the bus to her car on the other side of Edinburgh only to discover that her keys were still in a jacket in the office, and this afternoon she drove all the way to Fort William for a meeting tommorow, booked herself into her Bed & Breakfast (a very nice one, by all accounts) and managed to enjoy its plush surroundings for all of ten minutes before she learned — at 19:40 — that her meeting had been cancelled. Fifteen minutes, and thirty pounds later, Jane was back on the road and winding her way towards Spean Bridge, the A9, Perth and then Fife.

Spot had looked quite uncomfortable all evening, but wasn’t meowing any more than he normally does. He’s the kind of attention-seeker that would have fitted in well at TISEC when I was there. He’d certainly have given some (purple-ish) students a run for their money! But by late evening he couldn’t sit still. He’d turn, and yowl, and move and meow again; obviously in a lot of discomfort by now.

Jane rang the vet, and reassured that we weren’t being paranoid we loaded Spot into the car (safely caged in a cat carrier) and headed for St Monans.

“He’s very quiet,” I said as we drove through Pittenweem. “That’s very unlike him.”

Jane reached back and gave him a gentle prod through the cat carrier’s grille. “He’s not moving,” said said, her voice had an air of panic.

I began to speed up a little, determined to get to the vets quickly. I had visions of performing mouth-to-mouth resuscitation on a cat at the side of the A917.

“Welcome back!” We both sighed and drove on into the darkness between Pittenweem and St Monans.

We were right to take him in. It was indeed an emergency. Spot’s bladder was completely full, and his pee tube (it gets no more technical than that on this blog!) was blocked with some kind of fine crystals that looked like sand. We’ve left him there overnight where he’ll get sedated and his bladder drained by one method or another.

Poor wee thing. Prayers please for little Spotty, and his brother Smudge who will be wondering all night where he is. If it wasn’t for this thick cold that I have I reckon I’d not be getting any sleep tonight anyway.