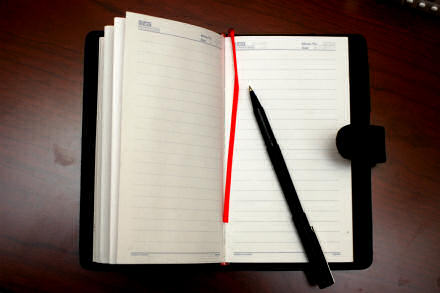 Today is the fifth anniversary of the terrorist attacks on America. I thought it would be interesting to look back at what I wrote in my journal on that day.

The most outrageous thing happened today. I was visiting MC (her mother had died) when her son D came in with news about the World Trade Centre in New York having been hit by an aeroplane.

“Are you serious?” I asked.

He switched on CNN on satellite TV and we watched the next twenty minutes of history unfolding:

When I got home and watched it on TV, I thought of Mum so phoned her. She’d just got in and had picked up a similar message from Jenni on her answerphone. I began to cry while I was relaying the news to Mum.

The news didn’t sink in all day. It was like something out of a Hollywood movie.

At the 19:30 Eucharist we decided that a Requiem would be the most appropriate response to the days goings on. So I wore a purple chasuble and used Eucharistic Prayer III for Lent. The words were so appropriate, and took on a new meaning.

Worship and praise belong to you,
maker of light and darkness.
Your wisdom draws beauty from chaos,
brings a harvest out of sorrow
and leads the exiles home.

In Christ your Son enemies are reconciled,
debts forgiven
and strangers made welcome

Your Spirit frees us
to live as sons and daughters
in our Father’s house.

We who by Christ’s power
follow the way of the Cross,
sharing the joy of his obedience,
now offer you our praise,
with angels and archangels
and the whole company of heaven
singing the hymn of your unending glory:

Glory and thanksgiving be to you,
most loving Father,
for Christ in whom the world is reconciled.
Lifted on the Cross,
his suffering and forgiveness
spanned the gulf our sins had made.
Through that dark struggle
death was swallowed up in victory,
that life and light might reign.

It was a very moving service. At the end of the service I saw a man dressed in a white shirt enter the cathedral. He walked down to the Lady Chapel and as the congregation were leaving he knelt in front of the altar and began to pray. I left him to it while I went and got out of my vestments.

He was a retired US Army officer, on holiday, who’s responsibility, he told me, was to make sure that what happened today didn’t happen. He told me how thankful he was that he was now a Christian (for three years) and how his first reaction had been one of forgiveness — asking God to forgive those who did this. His reaction before he was touched by the Holy Spirit, he told me, would have been one of hatred and revenge. He grabbed me, and hugged me. I hugged him back. And then he returned to his wife in their B&B, who was coming down with the cold, and feeling grotty.

I was deeply moved by that encounter.

Jeffrey Zeldman has also blogged about what he experienced five years ago.