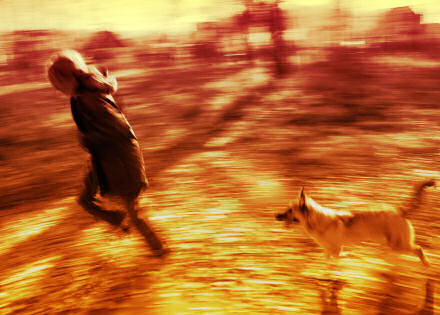 Just back in from an evening with the newly-formed Toft Terrace Friday Night Games Evening Collective — our inaugural meeting was over a lasagne and game of The Really Nasty Horse Racing Game last Friday.

This evening — after Jane and I managed to blag two bowls of home-made lasagne from our neighbours (and delicious it was too) — we played Trivial Pursuit 20th Anniversary Edition which was won by Team Chairs (Ian and Lisa), with Team Sofa (Iain and Jane) and Team Floor (Gareth and Yvonne) coming joint second.

Bits of pie / wedge / cheese were presented to each of teams upon successfully answering a “piece of pie” question by our local celebrity, Yvonne McKie (pronounced like Mackay), winner of the Anstruther Ladies Tennis Championships 2006. She has a cup to prove it. And everything™.

If you happen to get a chance to play the 20th Anniversary Edition watch out for the green questions. They read as though they were written by someone who’d been taking some kind of mind-altering substance, and simply wanted to record his stream-of-conscience.

One thought on “Trivial Pursuit”