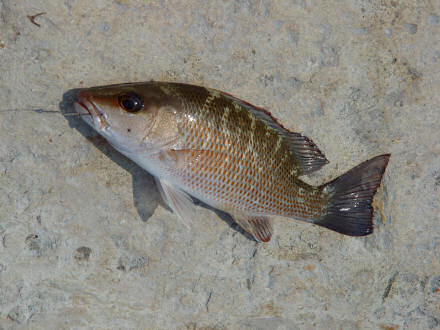 When we got my Mum a PC a few years ago (Jane and I were still living in Inverness at the time) I looked around to decide on which Internet Service Provider (ISP) to choose for her. Those were the heady days of v.90 and v.92 dial-up modems and Pay As You Go accounts and there were so many options from which to choose. Broadband wasn’t available and unless you wanted to pay extra for an ISDN line you were pretty much limited to the million-and-one 54kbps narrowband connections on offer.

Needless to say I had signed up with a few ISPs, partly out of curiosity, partly to obtain as much free domain space as I could, and partly for resilience: if one network went down then I could still connect using another ISP account. We first signed up with the dial-up account that came built into our first PC: Supanet were Time Computers‘ own ISP. I then signed up for an account with a new ISP called Freenetname who offered a free domain name as part of the deal. We chose www.gareth-and-jane-saunders.co.uk, which served us well. (The domain registration lapsed this year and has been bought by a company in Bavaria!?)

Freenetname are now part of the Madasafish empire. I had one of their accounts for a while too. And then Christian Aid brought out their own ISP called Fish, which was later changed to Surefish (for some legal reason, I think). I had an account with them too: gareth@fish.co.uk was my catchy email address.

Whenever you dialled into Surefish part of the cost of the call was donated towards the work of Christian Aid. It was a good incentive to sign up: help out a Christian charity whenever you were surfing the web. So that’s the ISP that I signed Mum up for. She was one of the last to get the @fish.co.uk email addresses before they moved to @surefish.co.uk.

In the last couple of months Surefish appears to have done some kind of deal with BT Wholesale who it looks like are taking over the running of the network. This means that new dialers need to be installed and new passwords, usernames and email addresses learned. Which is fine … so long as the instructions that are given are clear, concise and user-friendly.

I’m sorry to say that I’ve not found any of that to be true for Surefish — even before the take-over by BT. Their website is infuriatingly difficult to navigate. Simple things like finding your account information is hidden, and the most obvious navigation paths lead you to a form inviting you to sign up. It feels as though they want other people to sign up more than they want to support those users who have already signed up.

I’m meeting Mum in Edinburgh this afternoon. On the phone this morning she said that she’d bring up a print-out of an email she received from Surefish recently. It is detailing the steps she needs to perform in order to make the change from the Surefish dial-up to the new BT one. So I looked up the information on their website.

On the homepage it says:

Confused about a recent email from surefish? Your questions answered: Click here.

“Click here”?! Have their web designers read NOTHING about good usability practices? But it gets worse. When you do click here you are presented with a mess of information, some of which contradicts itself:

while further down the page you can read:

We will be publishing that information in the next few days on the surefish website.

Do they not realise that they already have published that information on the very same page? Does no one audit the content that they have? Is there no editorial workflow?

Mum is concerned about how to upgrade the dialer (“whatever that means”). Users shouldn’t have to worry about these things — just given clear, unambiguous instructions on what to do, with the reassurance that their service will not be compromised and will in fact be enhanced by this important step.

So to help Mum out I downloaded the new dialer upgrade application. It comes as a zip file. With two files in it:

Which one does Mum install? When run they do different things. Does she install them both, and if so which one? They are different file sizes so they are obviously not the same file with different names. And they both imply that they are setup or installation files. Is there a difference between setup and install?

This is a perfect example of usability at its very worst. Surefish might be the most “ethical ISP” but it most certainly isn’t the most “usable ISP”.

8 thoughts on “Not so sure fish”