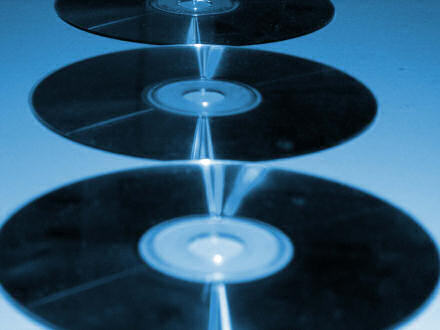 Here’s a question for you:

Within the definition of application I am allowing an integrated office suite, such as Microsoft Office 2003, to count as one application, and I do recognise that certain distributions of Linux come laden with applications on the default install — that’s fair enough, but don’t be too smug.

I guess it’s another way of saying: what are the three applications that you couldn’t live without.

For me, after much deliberation it would have to be

3. Why
First, in terms of the OS, I’ve invested a great deal of time and money on Windows. As much as I have a love-hate relationship with Microsoft I do think that XP is a good, usable and friendly operating system, all things considered. I’ve had far fewer crashes than with Windows 98, for example, and on the whole it does what I want it to.

As for the software, I was deliberating on saying that it should be five applications because I can think of five that would see me through on a fairly clean system, but in the end I opted three because it forced me to have to choose.

On the PC I do a few things more than others: I send and receive e-mail more often than I edit photographs, for example; I write documents more often than I play games; I use Microsoft Publisher more frequently than I use my scanner’s OCR application. And then there are something things that I do a lot, like edit HTML code and upload it to servers via an FTP client, which I could still do with a default Windows installation using Notepad and Internet Explorer’s built-in FTP capabilities. It wouldn’t be efficient, or terribly pleasurable, but I could do it.

Which brings me to the applications that I chose. Microsoft Office 2003 would have to be a must if only for Outlook 2003, which is my most-used application, of all time, ever. I manage my life in Outlook: calendar, tasks, contacts, and e-mail are all handled beautifully in Outlook. I used to hate Microsoft Office but, as I’ve said elsewhere, they fixed a lot of my pet hates about it in the 2003 edition. And from what I’ve seen of the forthcoming 2007 edition they have made it much, much better.

(What is wrong with me, I’m advocating the use of Microsoft software!!)

Then PsiWin 2.3.3 allows me to synchronize my Psion PDA with Outlook — I can take all of that organisation out on the road with me. Not only that but I can convert all my office documents to and from the Psion, so now everything is portable! Who needs an office when I’ve got my Psion by my side.

And finally, MindManager 2002 is a mindmapping application which is one of the single-most useful tools that I’ve ever found. I use it for planning everything, from what to take away with me to the youth camp tomorrow to planning university websites.

3 thoughts on “Which 3 applications could you not live without?”