I know you’ve been waiting for it.

Here is the promised wee talk about ducks. It’s been sitting in my blog drafts for a couple of days waiting for a moment to finish it.

“What do you do when you see a duck?” I asked Jane, as I came in from work the other day. “You know, you’re walking alongside a stream and you spot a duck. What do you do?”

“QUACK!!” said the lovely Jane, quacking at me.

“What about a sheep?”

You see, I do the same. Or at least I did until about a week ago when I realised that … I quack at ducks.

In St Andrews I park down by the Kinness Burn, a wee stream (or in Scots ‘burn’) that effectively runs the length of the town, and near the small footbridge that crosses the Kinness Burn live around 50 or so ducks. Yes, I counted them. I counted them a couple of days ago when I was on my way home and came across a scene from that unmade Hitchcock film “The Ducks”.

So you can see that on my way to work and on my way home from work I have more than your average office worker’s opportunity for meeting ducks. And just the other week I realised that whenever I see one of the ducks I always quack at the first one that I see.

And, as Jane so ably demonstrated, it’s not just with ducks. We moo at cows, baa at sheep, meow at cats, and bark at dogs. I say “we”, I asked a couple of people at the weekend what they do when they see a duck.

I think to myself, Oh look there’s a duck!

was disappointingly the most common answer. Of the three people I asked.

Last week, as I was walking home, I realised that I’d stopped quacking at the ducks. Instead I was saying things like “Hello Mr Duck”.

Like that was a less mad thing to do!? So I’ve begun quacking at them again. I think it’s just the way things are meant to be.

Is there something wrong with my Google Toolbar for Firefox or does Google really not think much of itself?

As you can see from the screenshot Google’s PageRank “is Google’s measure of the importance of [a Web] page”, and Google UK this morning it scored exactly 0/10.

During the last couple of days I’ve noticed it score between 0/10 and 9/10. Maybe like the rest of us Google just gets tired of itself every now and again and needs a break. Go on Google, we all think you’re great!

(Techy fact: If anyone is wondering how I managed to take a screenshot that included the cursor, I used Corel Paint Shop Pro X’s File > Import > Screen Capture function.) 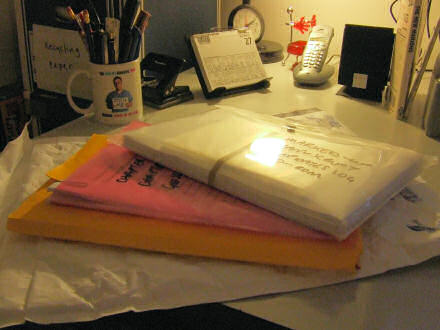 At last, I’m done — and I’m fairly done in too! — the book manuscript is finished and awaiting posting.

For those of you who may not know, since May I’ve been working on writing an update to the Hodder Education book Teach Yourself Mahjong. The original author, Mr David Pritchard, sadly died at the end of last year, and Hodder approached me in the Spring to work on the proposed 3rd edition.

Having read through the last edition, and thoroughly absorbed Mr Pritchard’s wishes for the revised edition, I set about compiling a list of all the updates and edits that I felt needed to be made. In the end my list contained 77 required edits, which meant anything from simple requests like “change the words ‘Chapter 11’ to ‘Chaper 12′” to “that illustration is upside down, please turn it the right way round” to writing completely new chapters.

I’ve written two new chapters: one on the new (as of 1998, which is fairly new in the context of a game that is around 130 years old) Chinese Official International Rules and mahjong on computers and the internet.

And all I need to do now is post the lot (all 1.7 Kg) to the publisher. As well as the original manuscript, which I’ve marked-up, there are also print-outs of the two new chapters, plus a print-out of the new manuscript (edits and all) as well as a CD-ROM with the whole shebang in electronic format.

And then I wait to see if what I wrote was good enough / will be included / isn’t littered with errors* (*delete as applicable). In the meantime, can I have my life back now please…? 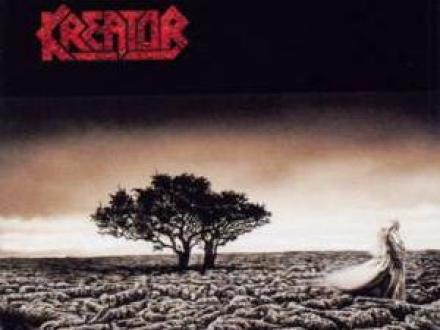 The last few days have seen me listening to a lot of thrash metal, death metal and generally rather extreme style music. Check out my Last.fm account and you’ll see what I mean: Slayer, Morbid Angel, Stone Sour, that sort of thing. But most of my listening has been in the car and next door while writing — tracks that don’t get registered on Last.fm.

This morning I drove into St Andrews listening to Kreator, a German thrash band who are still recording and touring. Their debut album had the morally-dubious title of Pleasure To Kill, but as I read through the CD sleeve notes I was impressed by the names of the four musicians.

Back in the mid-80s when thrash metal, and later death metal, were growing out of the NWOBHM/punk fusion a number of bands arrived on the scene with some wonderful names, and their members with even more obscure monikers.

Canadians Voivod, for example. Their name was taken from a military-type gentleman referenced in Bram Stoker’s Dracula, had four members: Blacky, Snake, Piggy and Away. They — probably rightly — assumed that non-French speakers would have trouble pronouncing Jean-Yves ThÃ©riault, Denis Belanger, Denis D’Amour and Michel Langevin.

And how about Floridian death metal band Morbid Angel whose founding guitarist goes by the name of Trey Azagthoth? Surely that’s not his real name! No, his real name is George Emmanuel III. That doesn’t quite sound like the name of a dark metal lord of death, now does it? No wonder he changed his name.

So there I was this morning, looking at the Kreator CD cover wondering how they went about choosing their names…

Mille: So, fellow members of seminal German thrash metal band Kreator – with a ‘K’ – have you chosen your stage names yet?

Band: We have, O mighty purveyor of all things extreme. And metal.

Mille: Good, then I shall begin — for this is my band, and by 2006 I’ll probably be the only one of us still in it. I have chosen “Mille” as my name. It means in Latin (something like) a thousand. For my guitar makes the sound of a thousand rods of metal striking the earth, and we shall command thousands of metalheads under our flag of hate.

JÃ¼rgen: I shall be called Ventor. For with my powerful drum kit I shall be a vent for the frustrations of a generation. They shall fall before my percussive pounding and worship at the feet of extreme music.

Michael: I have taken the name Wulf — spelt the German way, naturally — for like the wolf I am a creature of the night, and with the howl of my guitar I shall sound the dark call of REAL METAL.

Mille: [In slight disbelief] What?!

Rob: Rob! I shall be known as Rob.

Rob: Yes. Rob. It’s short for Robin. Or Robert. Or in my case Roberto.

Rob: Shut up! I was up all night thinking of that. With an English dictionary and everything.

That’s how I imagine it happened. I could be completely wrong, however.

Still, regardless of how they named themselves they have managed to release quite a tasty catalogue of particularly rhythmic, distortion-laden tunes. Good effort chaps — keep up the good work.

And tomorrow I want to talk to you all about ducks. 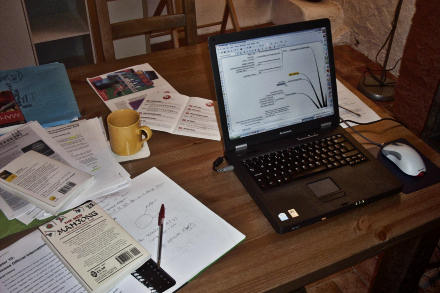