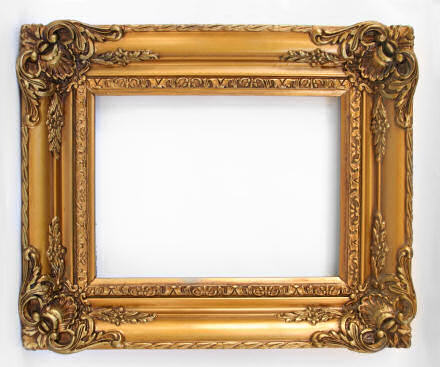 I’ve never really been one for seizing opportunities.

If it’s a choice between sitting at home watching TV or nipping out to the jungle for 48 hours to investigate why the bison are restless, then I’ll probably still be looking up the TV schedule on my PC when you get back.

Or presented with the opportunity to explore the mountainous regions of Tenerife in a hired, left-hand drive car then I can guarantee that I will still be reading my geeky books on the balcony when you get back with your tales of wild creatures and hair-raising adventures.

That’s just the kind of guy I am. Which is maybe why Danny Wallace’s book Yes Man spoke so much to me. “Say Yes more,” was the advice given to him on a bus, by a stranger.

Well, this evening I said yes. I said yes to accompanying our neighbours to a local art exhibition, in a (fairly) local church hall, in local Anstruther. Local, local, local, yes, yes, yes.

I like art. My sister studied art at Carlisle, my Mum has been painting for as long as I’ve known her, and we have paintings by other members of Mum’s family – mostly beautiful watercolours of the Borders’ countryside. I even have a bit of an artistic streak myself, that has most recently been channelled into website design. And the people of the East Neuk of Fife also have a bit of an artistic streak given the enthusiasm and talent exhibited this evening.

There’s something fun about art exhibitions. There aren’t too many places that you can go to see similarly grouped items presented for you to look at and, if the fancy grabs you, to buy any of those items on display.

I didn’t think that one through before typing it.

So there I was in the Anstruther Parish Church hall (upstairs) with a bunch of strangers looking at the world through the brush-strokes of a bunch of other strangers, some of whom may have been there, I don’t know. I was appropriately restrained with my comments – usually I disgrace myself with my inappropriately timed comments that go just that one step too far. But this evening I was good.

This evening I wandered round with my exhibition guide — a sheet of typed A4 in a polypocket — and ooh-ed and ahh-ed at the appropriate moments.

“Ooh, I like that … Ahh… I think they have captured that scene very well. I like how the artist has captured a realistic sense of desparation in that young meercat’s expression, as it grapples with the scissors … Hmm, I see this painting as a metaphor for the emptiness of the postmodern, post-apocalyptic angst, it is almost as though the artist has captured a glimpse of his own death. And in crayon too.” (Serving suggestion)

And I think that it showed. Because as I was standing looking at a painting that looked like it was of a forest fire, someone approached me and invited me to be one of the judges for the exhibition. I was handed a piece of paper and a pencil and left to make my decision.

Well, now the pressure was on. Now I was more than just a stranger at an exhibition of other stranger’s paintings. Now I was an art critic. Now I was a judge of art. Now my opinion mattered. But where to start?

WHO paints pictures of forest fires?! And how?! “Darling, I’m just off into the forest to do a spot of painting … Right, I’ve got my easel and my brushes, and paints, a gallon of petrol and some matches…”

It was a very good painting, I have to say, one of my favourites there, but I think the question is still a valid one: WHO paints pictures of forest fires? Still, it was less disturbing than the batik of the tornado at the orphanage.

I looked down and read the piece of paper in my hand. “Best in exhibition,” I think it read at the top, in bold and underlined. Then it invited me to record on the square of paper my favourite painting and deposit the voting slip in the box at the door on my way out. A closed ballot, no less. I’m warming to this art judging process already.

Well, there was no questioning about what my favourite painting was: it’s of a couple of nuns digging a grave in the evening light within their convent’s garden (and hopefully graveyard), and it’s by Sir John Everett Millais and it hangs in the Tate Gallery in London.

But I don’t think that’s quite what they they were looking for. So I voted for a simple watercolour that reminded me of Great Uncle John’s paintings of the Yarrow Valley, and then wandered home past the Costa del Chip Shop to sit and watch TV.

And to be honest, even though I missed the announcement that it was (lovely, melodramatic) Nikki being evicted from Big Brother, I don’t think that I missed anything and I do think that my life was enriched by saying yes to that simple invitation this evening.

One of my favourite observations of the evening was as we approached the church hall. Hanging outside the church hall door was a small, old-fashioned sign hanging on hooks that read: “ART HERE”. My friend and neighbour Ian reckoned that there was a “THOU” missing from the beginning. And on that existentialist note …

Disclaimer: Some of the details in this blog post may have been exaggerated for comic and artistic effect.

One thought on “Thou art here!”