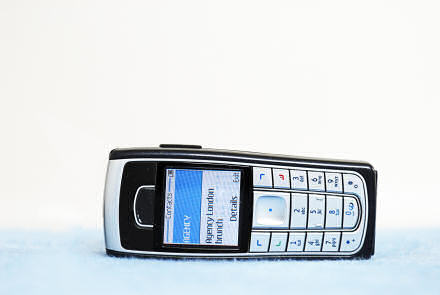 I’ve just watched a television advertisement about “animated screensavers” for your mobile telecommunications device, and quite frankly I’m disappointed.

“Amaze your friends with these new moving wallpapers,” the advert claimed.

First, there is a difference between “screensavers” and “wallpapers”, which the advertisement clearly fails to recognise.

Second, who in their right mind is going to be “amazed” at an animation on their phone?!

There they are holding an incredibly complicated piece of electronic gadgetery (is that a word?) that combines not only a low-power transceiver that transmits both voice and data anything up to 8 miles to the nearest receiver, but these days also a megapixel camera, a personal organizer, an MP3 player, compass, radio and alarm clock, as well as a mini browser to access the Internet, the information superhighway.

Why in the name of all things technologically advantageous are they then going to be “amazed” at a £3.99 animation of Vicky Pollard, or a jiggling bottom, or a sinning yin and yang whenever they are not doing anything useful with their phone?

NO!! If they are amazed by that then quite frankly they don’t deserve a mobile phone in the first place. And don’t get me started about ringtones!