Mum has had a few mice visitors living in the store cupboard in what was my brother’s room at home; she only discovered this fact a couple of weeks ago. Between then and now she has been really busy (too busy) washing and cleaning all the toys, both cuddly and otherwise, that had been living in the “cubby-hole” as it is known.

So when Jane and I turned up on Friday evening we discovered Eddie’s old room to be littered with neatly arranged, and very clean toys.

During my childhood I had three absolutely favourite toys:

Here are a few photographs from my brief reunion with our collection of Star Wars toys. 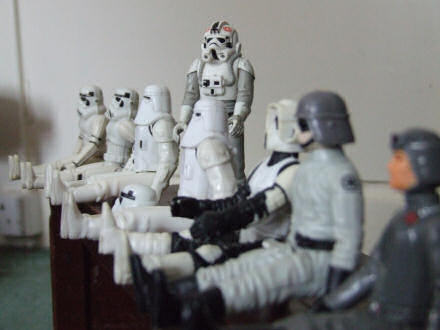 For some reason we appear to have had more Stormtroopers (of various guises) and members of the Empire’s forces than any other group of figures. Apart from Luke Skywalker, of whom we had six. Of course. 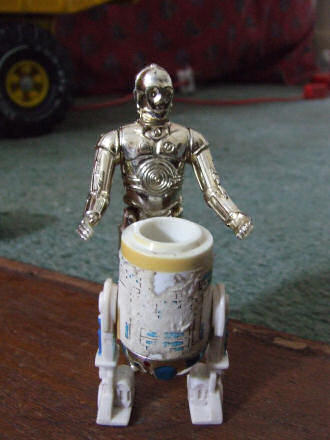 C-3PO and R2-Dustbin. It was a little known fact that C-3PO would turn R2-D2 upside down and hire him out as a washing machine or cement mixer. 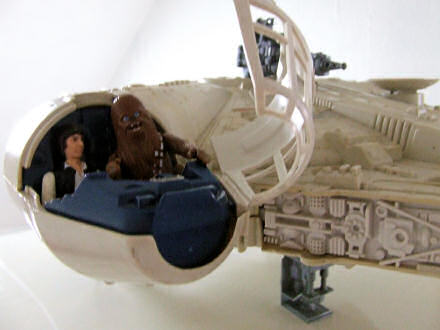 The ultimate Star Wars toy (apart from Princess Leia in that outfit from The Return of the Jedi): The Millennium Falcon. Here you can see Han Solo and Chewbacca sitting in the Millennium Falcon’s cockpit. It had a sound, and everything! (Batteries not included.) 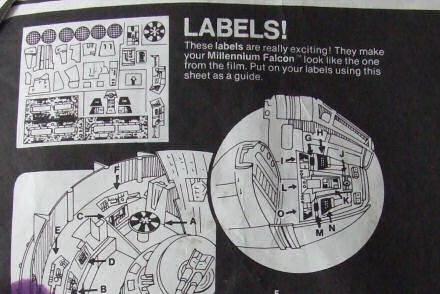 I was quite pleasantly surprised to discover that I had kept the instructions for the Millennium Falcon (I was that organized as a kid too, it would appear). This is my favourite bit of the instructions. It reads:

LABELS!
These labels are really exciting! They make your Millennium Falcon™ look like the one from the film. Put on your labels using this sheet as a guide.