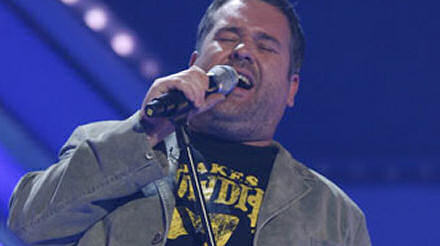 Now, I usually don’t watch TV programmes such as X-Factor as I have a preference for REAL METAL™ rather than manufactured pop. But I made an exception this past week while The Saviour of BBC Radio 1 Chris Moyles was performing. And he was brilliant: entertaining, musical and very, very funny.

So, why on earth did the British public vote him off?! I was gutted.

Incidentally, our aerial died again just before the results were announced. Having reported the dodgy aerial on 11 May the TV aerial specialists still haven’t been in touch to arrange a date to fix it. We watched the results on the portable telly in our bedroom, the one with the set-top aerial blutaked to the ceiling.

One thought on “Viva Chris Moyles!”